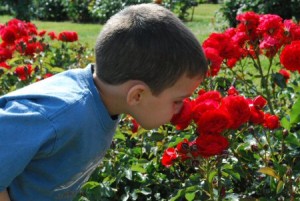 In a banal setting and at an inconvenient time, would people pause to observe transcendent beauty?

That was the question the Washington Post sought to answer when it commissioned Joshua Bell, one of the foremost violin players of our generation, to play in a Washington subway station during morning rush hour.

Dressed in a nondescript manner – jeans, T-shirt, and baseball cap – Bell opened up his case, took out his violin – called the Gibson ex Huberman, handcrafted in 1713 by Antonio Stradivari – and began to play magnificent music. He started with “Chaconne” from Bach’s Partita No. 2 in D Minor. Some have called it the greatest piece of music ever written; others consider it one of the greatest achievements of any human, ever.

Did anyone stop to listen?

It was all videotaped on camera. Eleven hundred people walked by; seven stopped to listen; twenty-seven threw money into the open case for a total of $32.

The night before, Bell had sold-out Boston’s Symphony Hall where the cheapest seat goes for $100. He regularly earns $1,000 per minute for concerts.

What’s the lesson for us?

We need to slow down and “listen to the music” and “smell the roses.” At any given moment, we are surrounded by incredible expressions of the sacred and the sublime but we’ll miss out on the awe and wonder if we’re preoccupied with the mundane.

What? – Often, we are so busy that we are unaware of that which is beautiful, awe-inspiring, and sacred.
So what? – As you journey through life, take the time to notice, appreciate and enjoy beauty and transcendence.
Now what? – Enjoy the awe and wonder.