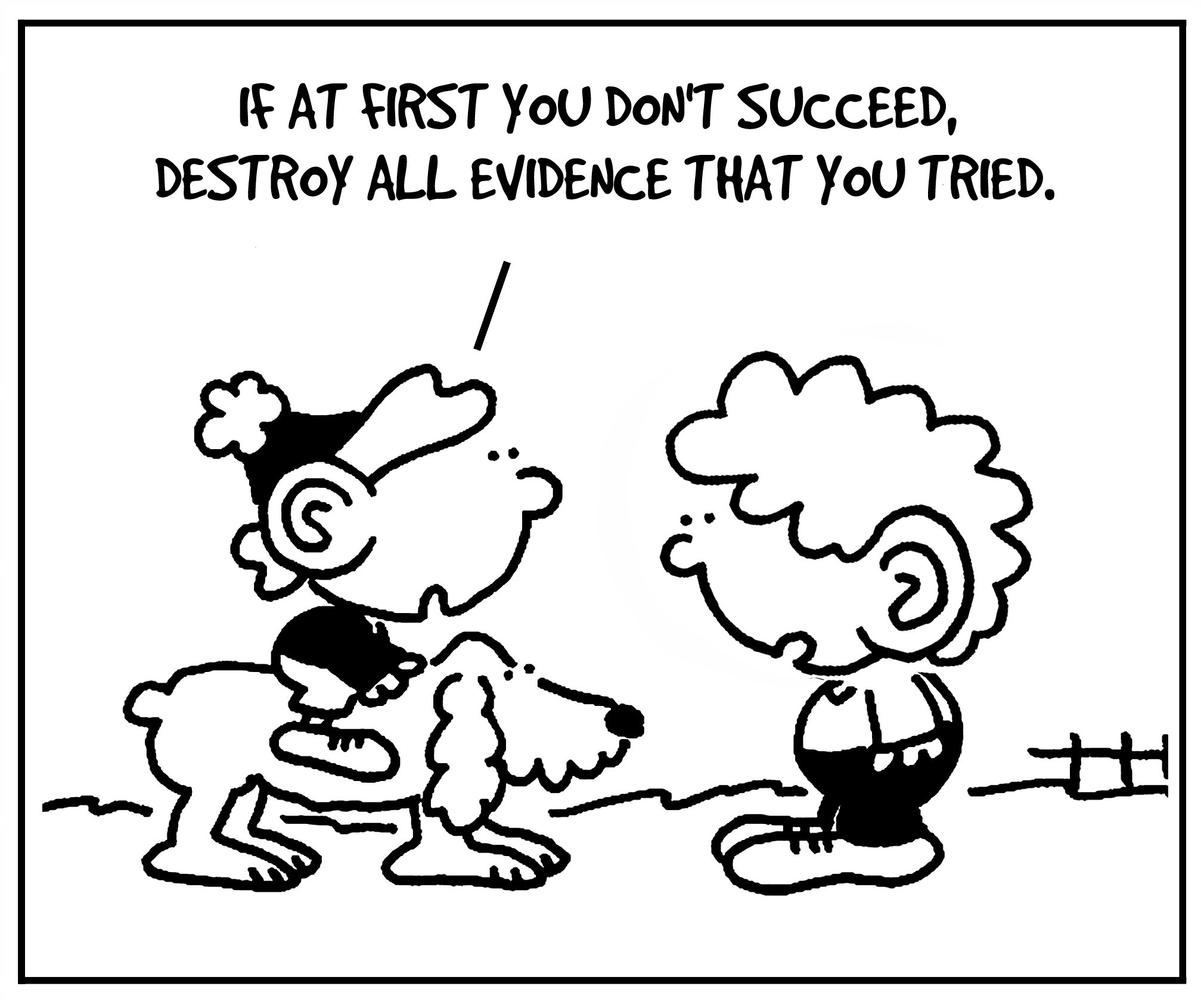 Experience is not the best teacher; evaluated experience is.—John Maxwell

Learn from your successes.

Carefully analyze successes because it is often difficult to determine exactly why something was successful; a cause and effect relationship is hard to establish. For instance, was the workshop you sponsored well-attended because of the topic, the speakers, or because it was held in the Caribbean? When you succeed, create hypotheses about why it may have happened and test them to confirm accurate correlations.

Also, carefully reflect on your early successes because they may mislead you. Po Bronson says, “Failure is hard but success can be far more dangerous. If you’re successful in the wrong thing, the mix of praise and money and opportunity can lock you in forever.”

Learn from your failures.

View failures and mistakes as both unavoidable and acceptable. Management consultants Pfeffer and Sutton say, “Setbacks and mistakes should be viewed as an inevitable, even desirable, part of being action oriented. The only true failure is to stop trying new things and to stop learning from the last effort to turn knowledge into action.”

If we are afraid of failure, we will never move beyond our safe zone; we will never leave sight of the shoreline for the vast ocean. Instead of thinking, “failure is not an option,” think “failure is an option, and there’s a good probability that it will happen.”

When you fail, look for causes, not excuses. Analyze what happened, identify causes, learn, and adjust.

Although failure is a natural byproduct of living an aggressive life, never be cavalier about failure and don’t romanticize it. Failure is not acceptable if it is the result of slothfulness, poor planning, or poor execution.

Are you failing enough?

In 1952, Drs. Watson and Crick discovered DNA. Dr. Watson calmly proclaimed, “I have discovered the source of life.” Their findings were published in an 874-word paper. Years later, Dr. Crick acknowledged that some of his postulations were off-beat and speculative. “But,” he told the Associated Press in 1994, “a man who is right every time is not likely to do very much.”

Picasso used up no less than eight notebooks just for preliminary sketches of his revolutionary painting, Les Demoiselles d’Avignon, before he was satisfied.

Thomas Edison, when commenting on his experiments to invent the light bulb, said, “I have not failed, I’ve just found 10,000 ways that won’t work.”

Winston Churchill said, “Success is the ability to go from failure to failure without losing your enthusiasm.”

Don’t miss out on what you can learn from successes and failures.

4 Replies to “Learn from successes and failures”