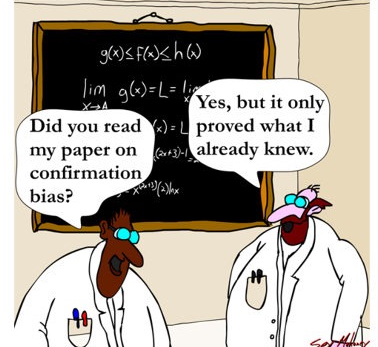 Several months ago Mary and I were contemplating buying a new car. We narrowed our search to a Honda CRV. Suddenly, Honda CRVs were everywhere. I saw them on the road and noticed them in advertisements in magazines and online. I soon met several people who owned one. Within 48 hours that particular car became ubiquitous. Why had I not noticed them before?

We’ve all experienced this phenomenon—a concept or item is put on the forefront of our minds and suddenly it seems to show up everywhere. Of course, it was there all along; we’re just now seeing it.

The term Baader-Meinhof phenomenon was first used in 1994 by a commenter on the St. Paul Pioneer Press’ online discussion board, who came up with it after hearing, for the first time, the name of the ultra-left-wing German terrorist group twice in 24 hours.

In 2006 Stanford professor Arnold Zwicky coined the phrase “frequency illusion” to describe this syndrome. It’s caused, he wrote, by two psychological processes. The first, selective attention, kicks in when you’re struck by a new word, thing, or idea; after that, you subconsciously keep an eye out for it, and as a result find it surprisingly often. The second process, confirmation bias, reassures you that each sighting is further proof of your impression that the thing has gained overnight omnipresence.

We can use this phenomenon to our advantage. Since we tend to notice that which we look for, let’s choose what we look for.

This concept has huge implications for goal setting. I’ve often wondered why, when we set a goal and go public with it, our chances of accomplishing the goal dramatically increase. The Baader-Meinhof phenomenon would suggest that once goals are placed on the forefront of our minds we’re more aware of them and we’ll devote more time and effort to achieving them.

For instance, one of my goals for 2016 is to make 50 new friends. Having set and announced the goal, making friends has become an important part of my conscious thinking. I’m constantly looking for friends and, guess what, I’m finding them everywhere.

What do you look for?
Here’s an engaging YouTube video on this topic.

8 Replies to “Utilize the Baader-Meinhof phenomenon”