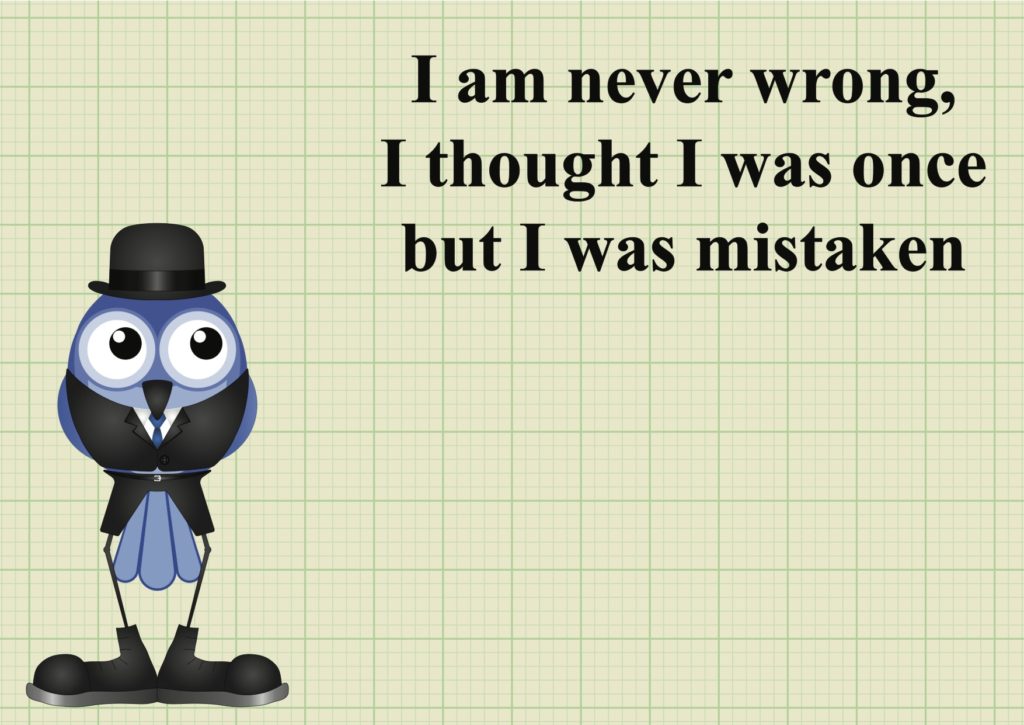 I doubt if many of us will get to the end of our lives and wonder, “What if my whole life has been wrong?” But all of us should embrace the fact that there are specific areas of our lives that are probably wrong and need to change.

Know this: there are areas of your life in which you are wrong. If you think you’re an exception to this statement, your pushback betrays your naiveté, lack of self-awareness, and error.

Take an audit of your life, particularly in the areas in which you have a closed mind – areas that have been unassailable and beyond reproach. Also investigate areas that are part of your cultural heritage – ideologies that you inherited from your family and culture. Consider your blind spot; everyone has one. (You’ll need someone else to help you on this issue, because your are…blinded…to your your blind spot.)

If taken seriously, this exploration could be one of the most significant events of your life.

2 Replies to “Consider: you may be wrong”