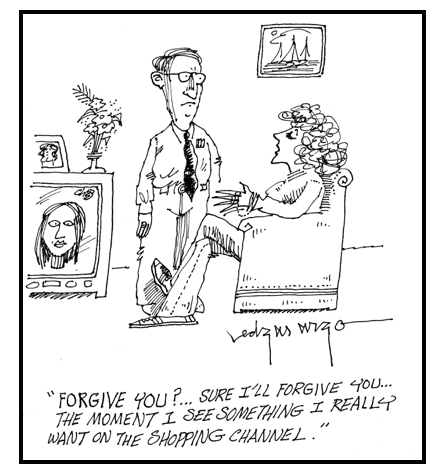 This is why we must forgive even if our offender doesn’t ask for forgiveness. Our offender may never ask forgiveness so we must choose to forgive, otherwise we will suffer twice: once at the offense and then on a continual basis if we harbor anger or hurt.

When President Lincoln was asked how he was going to treat the rebellious Southerners when they had finally been defeated, the questioner expected that Lincoln would take a dire vengeance, but he answered, “I will treat them as if they had never been away.”

8 Replies to “The power of forgiveness”