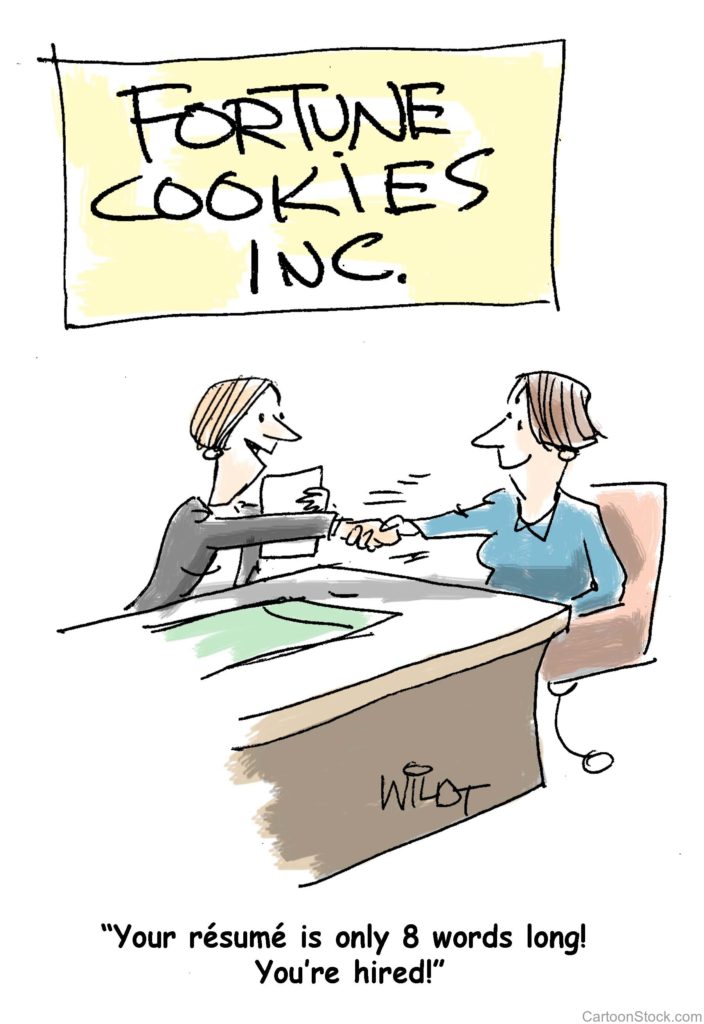 In his book Presentation Zen, Garr Reynolds writes that one day, when teaching on the importance of eliminating unnecessary words when communicating, one of his students told a story that he had learned when growing up in India.

When Vijay opened his store, he put up a sign that said: “We Sell Fresh Fish Here” His father stopped by and said that the word “We” suggests an emphasis on the seller rather than the customer, and is really not needed. So the sign was changed to “Fresh Fish Sold Here”

His brother came by and suggested that the word “here” could be done away with—it was superfluous. Vijay agreed and changed the sign to “Fresh Fish Sold.”

Next, his sister came along and said the sign should just say “Fresh Fish.” Clearly, it is being sold; what else would you be doing?

Later, his neighbor stopped by to congratulate him. Then he realized that all passers-by could easily tell that the fish was fresh and that mentioning the word “fresh” actually made it sound defensive as though there was room for doubt about the freshness. So, he changed the sign to just: “Fish”

As Vijay was walking back to his shop after a break he noticed that one could identify the fish from its smell from far away, even at a distance from which one could barely read the sign. He knew there was no need for the word “Fish” so he took the sign down.

When writing or speaking, particularly in a business context, use as few words as necessary. Readers are impatient and they don’t want to work harder than necessary to get your message.

Here are examples of tightening your prose.

How would you shorten these phrases?

If you want a severe challenge shortening a sentence, work on this: According to Wikipedia, the longest grammatically correct sentence is contained in Absalom, Absalom! by William Faulkner. The sentence is composed of 1,292 words (in the 1951 Random House version).

A lot can be said in few words. Albert Einstein’s doctoral dissertation was only 26 pages long. When he first submitted his dissertation, it was rejected for being too short. Einstein added a single sentence and sent it back, whereupon it was accepted.

Leaders, the next time you communicate to your constituency, trim down the number of words you use and your message will be easier to understand and better received.

If you want to read one book on improving your writing skills, I recommend William Zinsser’s On Writing Well, third edition.

8 Replies to “When communicating, be succinct”