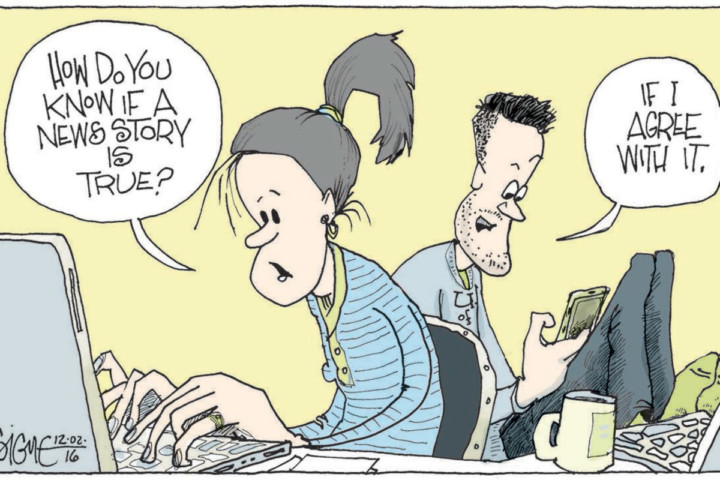 In December 2016, a screenwriter named Edgar Welch read online that Comet Ping Pong, a pizzeria in Washington D.C., was harboring young children as part of a child abuse ring led by Hillary Clinton. Welch believed the false conspiracy theory and took it upon himself to visit Comet Ping Pong, unleashing an AR-15 rifle on the workers there. By some miracle, no one was hurt and the police arrested him. He was snookered by fake news.

In the U.K. a post on Facebook purported that places of worship are exempt from council tax—but only if the worshippers are Muslim. The post claims followers of Islam who use their living areas as a place to pray do not need to pay council tax. The image attached to the post shows a copy of the petition dated 2013. The fake story was finally expunged in 2018 when the House of Commons officially stated, “It is not possible for owners of domestic property to avoid council tax by claiming that their property, or part of it, is used for religious purposes.”

Fake news is completely false information, photos, or videos purposefully created and spread to confuse or misinform. Not surprisingly, Facebook and Twitter are the two main conduits for the spread of fake news. Fake news is not a new nemesis (consider supermarket tabloids that have been published for decades), but the internet has allowed it to increase exponentially.

I think most of my readers are astute enough to recognize and reject fake news, but many of us may be inordinately swayed by biased reporting in which a news source does report facts (or selected facts) but presents them in a biased way such that the reader is intentionally manipulated toward a certain persuasion.

That’s why I never watch FOX or MSNBC news channels. Though they may not promulgate fake news, I find their biased reporting to be misleading. If you get a steady diet of either source, you’ll eventually be swayed to an extreme position. CNN and NBC are slightly left of center but are more careful about the stories they choose to report and how they present them.

Here’s a good article on how to recognize a fake news story.

10 Replies to “Beware of fake news and biased reporting”