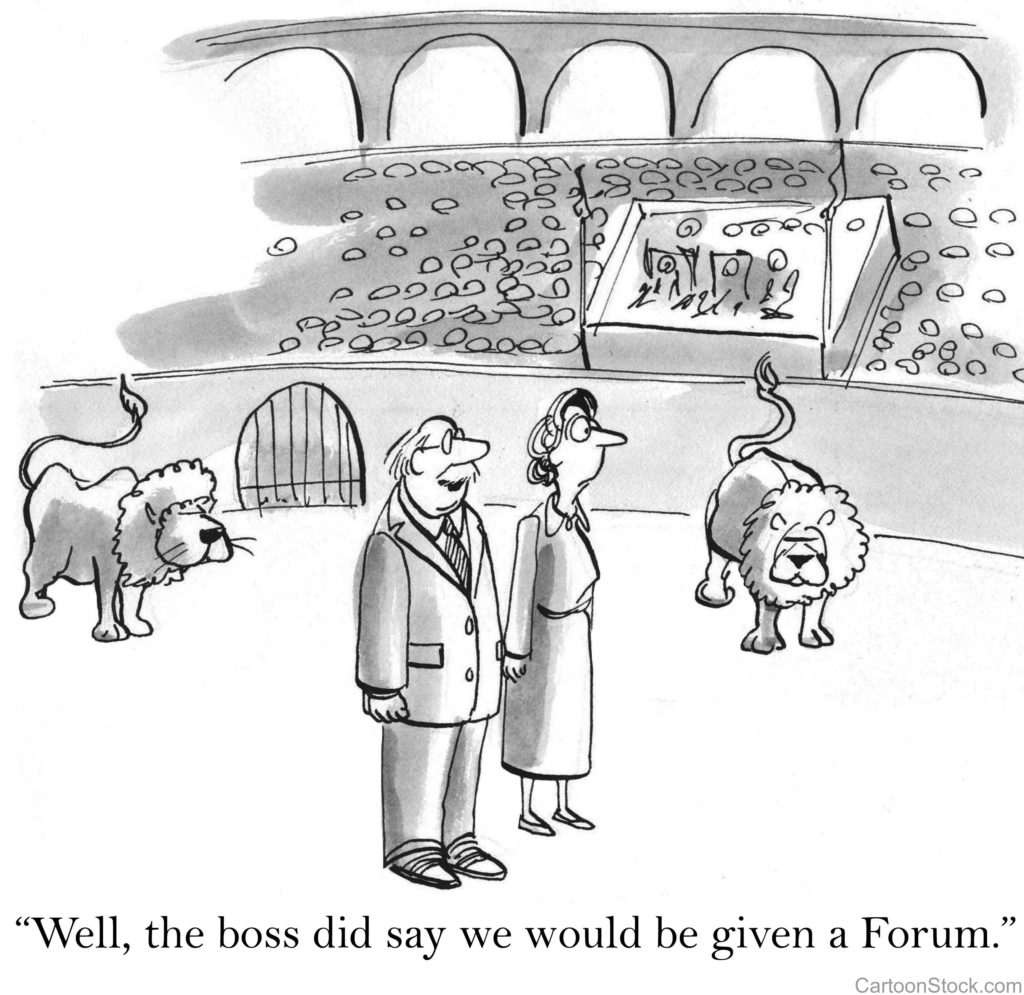 In 1997, managers at Samsung didn’t question a $13 billion investment that would take the company into the automobile industry because the idea’s champion, Samsung Chairman and CEO Lee Kun-Hee, was a forceful personality and a car buff. When Samsung Motors folded only a year into production, Lee wondered why no one had expressed reservations [Teams That Click, page74].

Robust discussion (RD) occurs when everyone in a group is allowed, encouraged, and even required to give their unfiltered input on issues. RD is beneficial because: Every idea or plan will be improved upon when submitted to the unfiltered wisdom and input of others.

Robust discussion is not just the right thing to do; it is the best thing to do. It’s not just politically correct, it is practically helpful.

RD will help to maintain a transparent and healthy workplace. It’s amazing how often there’s an elephant in the room that no one is willing to acknowledge. Clarke and Crossland warn, “Every time your team avoids the critical ‘real issues,’ you lose. Every time the discussion outside the meeting room—physical or virtual—is dramatically different from the discussion inside the room, you lose.”

Often, we avoid challenging dialogue because we value unanimity and harmony. But when we ignore the tough issues, we inadvertently dilute any sense of consensus; true alliance is achieved only when all the major issues have been identified and wrestled with. Consensus is good, unless it is achieved too easily, in which case it becomes suspect.

Leaders must be intentional about establishing RD as standard practice in the organization. Don’t just give your team permission to engage in RD, insist on it. A Hay Group survey found that, in general, people are less inclined to give constructive feedback to higher-status individuals. That’s why they must be given permission and even encouraged to speak up.

Here are some ground rules for healthy RD:

As a leader, it takes a lot of emotional maturity and fortitude to establish RD as an integral part of your organization. If you’re insecure, narrow-minded, or domineering, RD will be unsustainable.

How do you know if RD is an acceptable practice in your organization? That’s easy to assess: if it’s not happening, it’s not deemed acceptable. If you seldom hear phrases like, “I don’t agree with that” or, “What’s another alternative?” or, “Could we discuss that further?” or, “I don’t feel comfortable with that”— RD is missing.

Feedback is a gift. It’s a way of giving help. A vigorous feedback system will strengthen you and your organization.