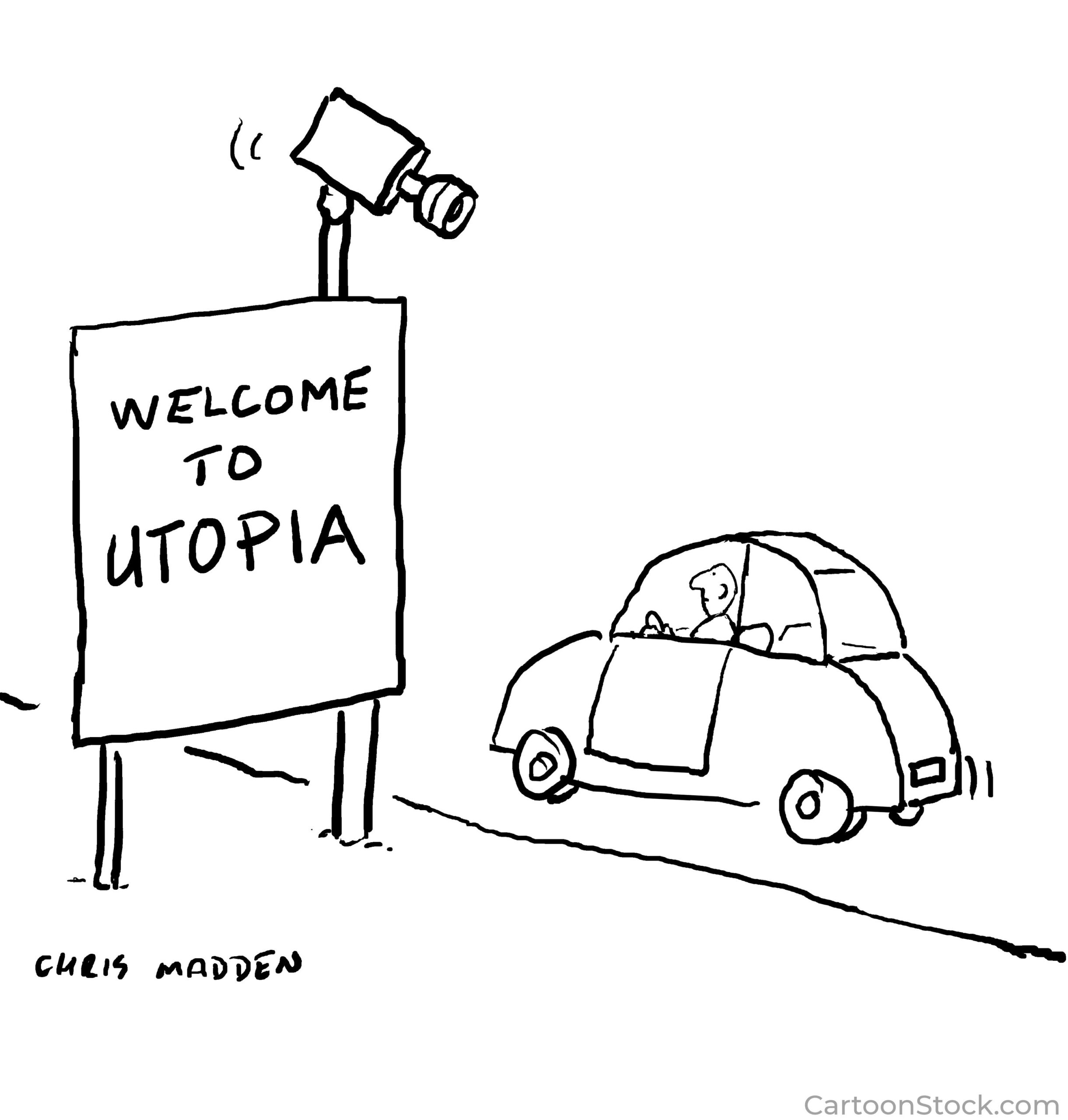 Utopia is an imagined place or state of things in which everything is perfect. The opposite of utopia is dystopia, which is an imagined state or society in which there is great suffering or injustice.

The term was coined by Sir Thomas More for his novel titled Utopia (published 1516), which described a fictional island society in the south Atlantic Ocean off the coast of South America. The term is also used to describe actual experiments in which participants have sought to achieve a superior society.

A utopian is someone who dreams of, or offers a state of utopia. In a broader sense it can mean an idealistic reformer—someone who has a vision for a better existence and is devoted to seeing it happen. Think of Martin Luther King Jr. or Lee Kuan Yew (who transformed Singapore from being a backwater island into a world-class city-states). Jeff Bezos is another example.

When Bezos started Amazon, it sold books online. Now, it rules Earth. He is always looking into the future. He told journalist Walter Isaacson, “Doing things at high speed, that’s the best defense against the future. If you are leaning away from the future, the future is going to win every time.” In 2010 Bezos sent an email to a lieutenant saying “We should build a $20 device with its brains in the cloud that’s completely controlled by your voice.” Four years later Alexa appeared. That’s utopian thinking.

I’ve read that very few people have what it takes to be a utopian. I know I don’t. But let’s think for a moment about how all of us could benefit from even a small dose of utopian thinking. We may not have the skills to sustain the role, but surely even an inkling would be advantageous.

What would a personal utopia look like for you? Living in Colorado, or on a boat? Being independently wealthy? Being married with kids? Serving others wholeheartedly? Volunteering for a non-profit? Living near your grandkids? Being involved in the arts?

What would a utopian society look like to you, and how could you contribute to bring it about? Basic medical services available to every human? Racial equality? Clean drinking water for all people?

Here’s where I’m going with this: Even though a true utopian society is unattainable, and few people have what it takes to be a utopian, let’s not resign ourselves to living mediocre, monochromatic, uninteresting lives. Let’s pursue at least a small dose of utopia. Let’s dream a little.

Jonathan, my son-in-law, wants to circumnavigate the globe on a sailboat. So, when do we leave? My daughter wants to earn a degree from Oxford or Cambridge. She just signed up for an online course at Cambridge. Her toe is in the door.