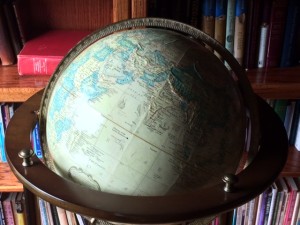 One sees the world more clearly if one looks at it from an angle. — Henry Thoreau

When we travel, we see things “from an angle,” and the further we travel from home, the more severe the angle.

For instance, if you live in Dallas, Texas, and you travel to Houston, Texas, you’ll see things differently, but not by much. Visit New York City, and you’ll experience a significant change in culture. Cross the Atlantic Ocean to Paris, and you’ll be more challenged. Travel to India, and you’ll think you’re on a different planet.

Mary and I have traveled to 46 countries, most of them multiple times. We try to visit one new country each year. This summer we’re going to the United Arab Emirates to visit Dubai and Abu Dhabi.

We have fond memories of traveling abroad. I remember enjoying a picnic lunch of cheese, bread, and wine on a Swiss hillside while watching a farmer cut grass with a sickle. When visiting the Hermitage Museum in St. Petersburg, Russia, we gained access to a room full of famous paintings that are usually off-limits to the public because they are disputed assets related to unresolved war reparations from World War II. We had lunch in a cafe in Marakesh, Morocco, that was blown up by terrorist the following month. I have seen the destitute in New Delhi and the well-to-do, out-of-touch in Paris. I was in a bus wreck on the road between Tbilisi and Kabaleti. A four-hour meal shared with friends in Palermo is a memory that still gives me pause.

According to travel guru, Rick Steves, 80 percent of Americans do not hold a passport. How sad.

Travel takes time and money, but it’s worth the investment. You’ll be stretched and challenged and you’ll learn more about the world in which you live. St. Augustine said, “The world is a book, and those who do not travel read only one page.”

Here’s a link to a stout argument in favor of travel.

What? – Travel is beneficial.
So what? – Prioritize travel for you and your family.
Now what? – Book a trip.

Experiences aren’t truly yours until you think about them, analyze them, examine them, question them, reflect on them, and finally understand them. — Warren Bennis

My favorite word in the English language is initiate; nothing ever gets done until someone acts. My second favorite word is reflect. Wonderful things happen when we take the time to think deeply about important ideas and experiences.

Reflection is at its best when it is preceded by anticipation and experience. Here’s how the three terms can complement each other.

In all life-experiences, allocate a certain percentage of time to these three elements: anticipate (perhaps 10%), experience (perhaps 60%), and reflect (perhaps 30%). The percentages can be adjusted for different activities.

The best reflection involves dialogue with others in which we help each other make sense of life.

Learning will be greatly enhanced when you devote even a small amount of time to both anticipation and reflection.

Summary
What? – Reflection is an essential element of learning, especially if it is linked to anticipation and experience.
So what? – The discipline of reflection will enhance your life.
Now what? – Using the 10/60/30 formula, integrate reflection into your daily life.

Leaders – Make reflection an integral part of all action. Analyze everything. 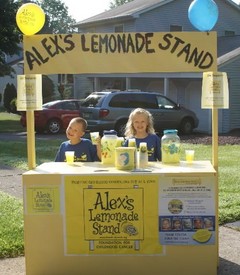 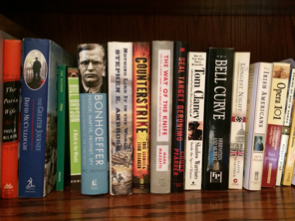 One of the marvelous things about life is that any gaps in your education can be filled, whatever your age or situation, by reading, and thinking about what you read. (Bennis)

Are you in any of these groups?

When I was in graduate school I read a lot, but after completing my degree I didn’t read much for the next ten years. Perhaps I had what John Maxwell calls destination disease. He says, “Some people mistakenly believe that if they can accomplish a particular goal, they no longer have to grow. This disease can infect us at many times in life: after earning a degree, reaching a desired position, receiving a particular award, or achieving a financial goal.”

I regret that for 120 months I seldom opened a book. Granted, reading is not the only way to learn and grow, but it’s a good way.

When was the last time you read an intriguing book that challenged your thinking?

The potential benefit of reading regularly is astounding. If you read 60 minutes every day you could read a book a week, four books a month, 52 books a year, 520 books in 10 years. That would change your life. If you read 520 books, in a world in which the average person reads less than a book a year, you would develop a decisive advantage in life.

Click here to read more on how to learn from reading.

Click here to learn how to quickly and effectively read a non-fiction book.

What? – Though reading is beneficial, most adults don’t read.
So what? -Those who do not read are no better off than those who cannot read; but those who do read will grow, learn, and have an advantage over those who can but do not.
Now what? – Set a goal to read one significant book per month. If you need suggestions on what to read, see the recommended book section on my home page.

Leaders – On a regular basis, lead your team to read and discuss significant books.