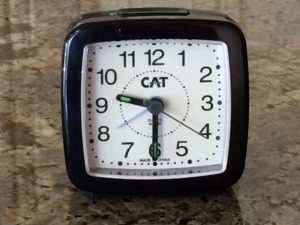 A man (whom I did not know) once approached me and said, “Don, I know you lived in Austin, Texas, for a few years. Did you know a man named Ted Wallenburg?” I replied that I didn’t, but he spent the next four minutes telling me all about Ted, a man who had no connection to our lives. Why did he do that?
Also, don’t repeat yourself. When you and I are conversing, I will listen carefully and comprehend what you’re saying. I get it. So you don’t need to say it again. If I don’t understand, I’ll ask for clarification. Circular dialogue is a waste of time.
And let’s carefully consider the topics we want to discuss and allocate our time wisely. If we have only 20 minutes to converse, let’s not talk 12 minutes about an insignificant issue.

Summary
What? – Time is a priceless commodity.
So what? – Don’t waste people’s time and don’t let people waste your time.
Now what? – Review the eight issues mentioned in this essay and incorporate them into your life.

Leaders – Does your organization have a culture of punctuality? Do meetings start and finish on time? Do all meetings have a written agenda? Is there a fast or slow pace among workers?