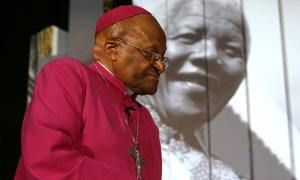 When I was a child, I had a similar moment of grace extended to me by a pastor in my church. One Wednesday evening I brought a toy pellet gun to church. A friend of mine and I found an empty room next to the fellowship hall, lined up some paper cups, and had target practice.

When one of our pastors unexpectedly came into the room, we knew we were in trouble. But instead of the expected reprimand, he said, “Hi boys. Looks like you’re having fun. That’s a neat pistol you’ve got. Can I shoot it?” Our tenseness eased as he shot several pellets at the targets. But I’ll never forget what happened next. He bent over, picked up the pellets off the floor (the ones he had shot), and handed them to me. His gentleness and kindness made a deep and lasting impact on my young heart.

Kind deeds are often simple and don’t take long to do, but they are high-impact.

Leaders – This concept – performing acts of kindness – is seldom found in the working vocabulary of organizations. Have you ever seen the concept mentioned in the annual report of a Fortune 500 company? Or on the agenda of a staff meeting? But if it works on a personal level, I think it can be advantageous to an organization. Altruistic acts will strengthen the moral fiber of an organization and may even positively impact its financials. Discuss with your team what this concept would look like in your organization.

One Reply to “Be kind”