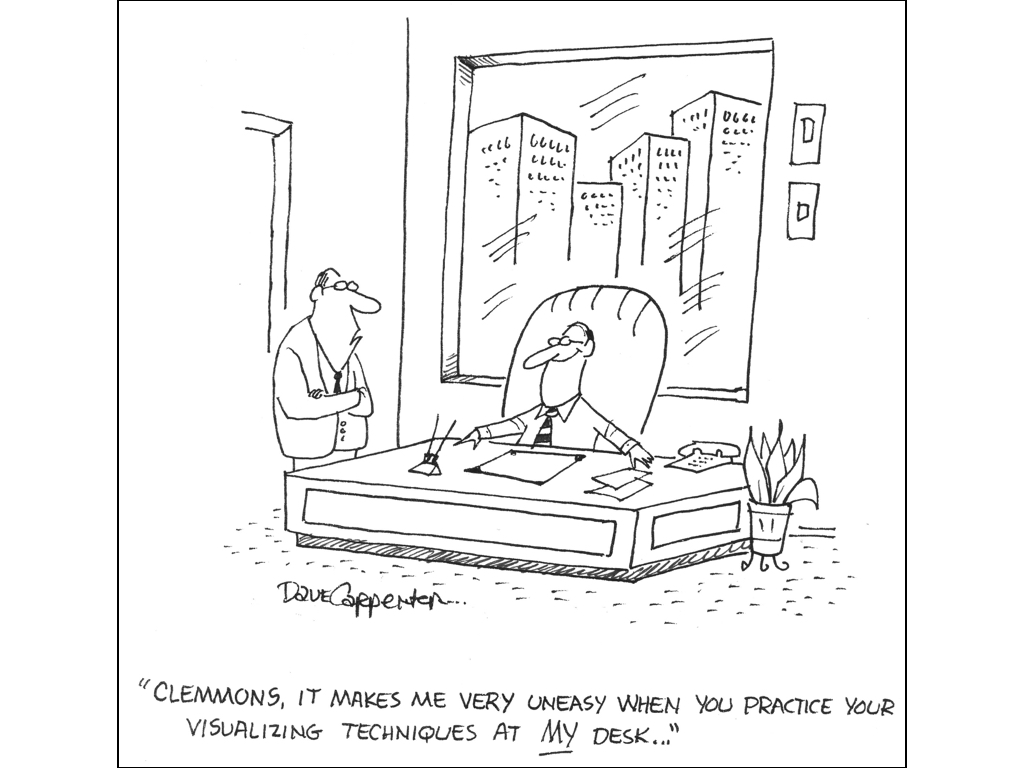 “When Florence Chadwick set out from the coast of France to make her historic swim in 1952, she was full of hope and courage. The lone swimmer was surrounded by boats filled with journalists, well-wishers and a few skeptics. For years she had trained vigorously to build her stamina and disciplined her body to keep going long after everything within her cried out for her to quit.

“As she neared the coast of England a heavy fog settled in and the waters became increasingly cold and choppy. ‘Come on Florence, you can make it!’ her mother urged as she handed her some food. ‘It’s only a few more miles! You’re ahead of schedule!’ But Florence was beaten by the tortuous elements of nature that day.

“Exhausted, she finally asked to be pulled aboard the boat. She was heartbroken, especially when she discovered how close she’d come to her goal.

“‘I’m not making excuses,’ she later told reporters, ‘but I think I could have made it if I could only have seen my goal.’

“Florence determined to try again. This time, she added a new dimension to her daily training. She studied the shoreline of England where she expected to land, and memorized every feature of the seacoast. Each day as she swam, she would replay that mental image of her goal.

“Eventually, she entered the waters again and set out for the coast of England. Along the way, she ran into all the fog, turbulence and cold water she’d met before. But this time something was different. She swam with greater vigor and determination. Even the skeptics noticed her new confidence.

“She became the first woman in history to swim the English Channel.”

What made the difference? She said later that it was because she was able to keep her goal clearly in focus in her mind, even when she couldn’t see it with her eyes.

I’ve used this principle often in life. When training to run the New York Marathon I often imagined crossing the finish line in Central Park. When working on my graduate degree I would fantasize about having Ph.D. as a post-nominal. When I was writing my first book I imagined holding the book and caressing the cover. Starting with the end in mind helped me to persevere when the journey got hard (and it always does get hard).

Starting with the end in mind will not only offer needed motivation, it can help us in practical ways. Visualize the end of a project and then work backwards, identifying the major steps required to complete it. For instance, reverse-engineer the building of a house: in your mind, see the completed house and then dismantle it one step at a time in the reverse order of how it will be built. Reverse-engineer a major project at work or a vacation—any goal that involves multiple consecutive steps.

Summary
What? – When attempting a major project it often helps to visualize the completed project.
So what? – Visualizing the end of a project motivates us to persevere during difficult times and it may help us properly plan the project.
Now what? – Choose a project you’re about to start and visualize what it will look like when you’re finished. Keep these images in mind as you work on the project.

Occasionally, I’ll include in a post, the link to an interesting article which addresses a different topic than the post.

My friend, Phil Bruce, sent me the link to an excellent article written by Peter Bregman, published by Harvard Business Review, titled How to Read a Book a Week. It offers practical advice on how to learn from reading. Click here for the article. [/callout]

2 Replies to “Start with the end in mind”