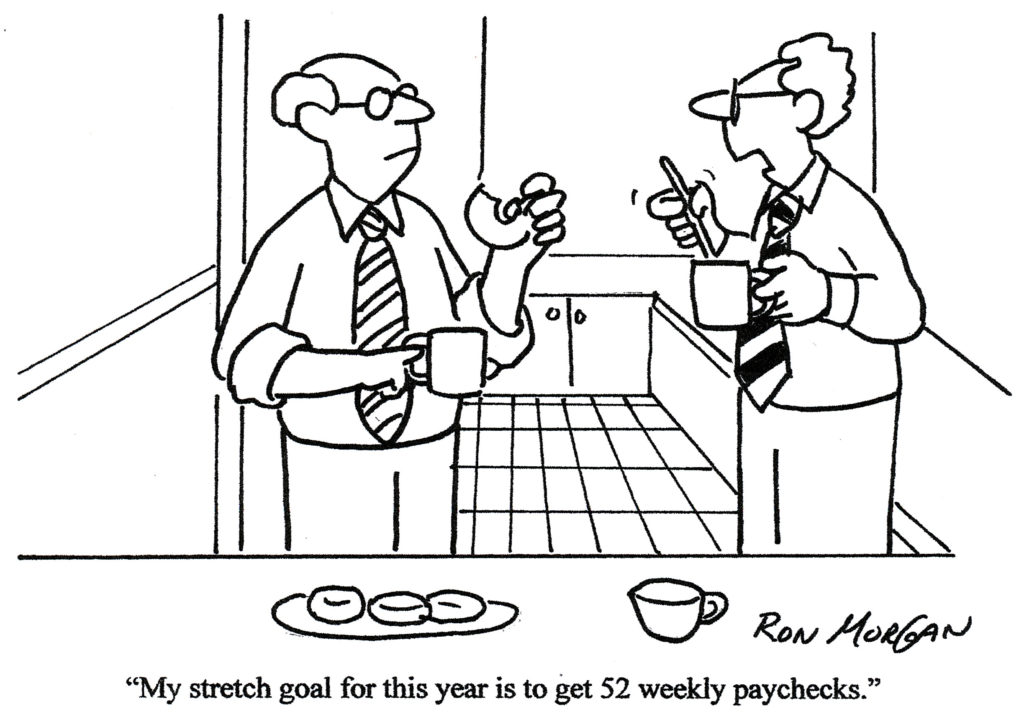 Join me in testing the view that most individuals and companies are functioning at only 40, 50, or 60 percent of their capacity, and that the much higher levels of performance reached in emergencies are actually more closer to true, sustainable potentials than are the “normal” levels of performance. Robert Schaffer

On May 6, 1954, Roger Bannister ran the first sub-four-minute mile in recorded history. The 25-year-old native of Harrow on the Hill, England, completed the distance in 3:59.4.

For hundreds of years, a sub-four-minute mile was thought to be humanly impossible. Many predicted that it would never happen. But then Bannister broke the record by 6/10th of a second.

Interestingly, within one year of Bannister breaking the record, 37 other runners ran the mile in less than four minutes. The next year, 300 runners did the same. Today, high school athletes do it regularly.

The current world record for the mile is held by Hicham El Guerrouj. His time? 3:43.13—an incredible 16 seconds off the “impossible mark.” Here’s a video of that race.

We often limit ourselves by yielding to artificial boundaries. Sometimes the boundaries are set by others, often by ourselves.

Part of my exercise routine is doing pushups. I don’t remember how or why I set my maximum at 25, but for years I have thought that was my best. When I get to 22, 23 I start feeling feeble, but I push on to 25. Yesterday, when I worked out, I told myself that doing 40 pushups was my maximum. I whizzed past 25 and when I got to 38, 39 I thought I was reaching my maximum but I kept going. I did 42. I was reminded of Roger Bannister’s statement, “It is the brain, not the heart or lungs, that is the critical organ.”

I have a friend who manages a sales team for American Express. Every year her boss raises her sales goal 15-20% over the previous year. When challenged by the new goal, my friend is incredulous—how is that possible? But every year she meets or exceeds the new target.

Conventional wisdom may seem safe, prudent, and trustworthy, but it can also blind the eye to possibilities and make us apathetic and complacent.

Personally—are you coasting through life or do you push the limits of what you can achieve? Have you been inhibited by your upbringing, environment, and expectations?

Professionally—are you in a tight box with a low ceiling? Years ago my daughter was in a dead-end job here in Dallas. In a bold and audacious move, she moved to New York City, enrolled in a master’s program at Columbia University, got a job at Juilliard and, later, American Express. None of that would have happened if she had not stepped out from under the glass ceiling.

Organizationally—does your group ever challenge the status quo?

I double-dog-dare you: identify three areas of your life in which you might suffer under the perceived restraints of a false barrier. Identify the faux constraint and ignore it; push past the previous status quo and do more.

I’ll conclude with one more example I read about in the must-read book Think Like a Freak by Levitt and Dubner.

Believe it or not, there exists an annual, televised eating competition that pays $5,000 to the person who eats the most hot dogs and buns. For years the record was 25.1 HDB in 12 minutes; a formidable performance. But in 2000, Kobi Kobayashi, who was studying economics at Yokkaichi University and behind on his rent, decided to enter and win the contest.

To make a long story short, in his first competition he ate 50 HDB. Today, the record is 69 HDB in 10 minutes. (In 2008 the contest was shortened by two minutes.)

Do not be constrained by artificial limits.