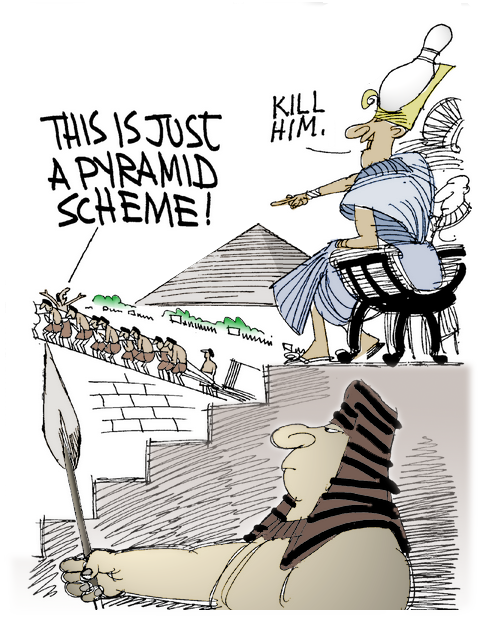 Last week I wrote that a leader’s most important job is choosing great team members. It’s the sine qua non of leadership.

This week let’s think about how to choose great team members.

1.  A leader should be involved in compiling her team.

A leader should have the authority and responsibility to choose her team members. Sometimes a leader inherits a team, in which case she has to work with what she’s given. But when possible, the leader should have significant input into the process.

Some leaders, for various reasons, are just not good at selecting team members. These leaders must rely on the help of others or they will make serious and long-lasting personnel mistakes.

I’m good at selecting team members but I always create a search committee to help me because “all of us are smarter than one of us.”

So, when choosing team members, ask others to help, but be fully involved in the process.

There’s an old adage from the garment industry: Measure twice; cut once. Before a seamstress cuts an expensive bolt of cloth he measures multiple times because once the cut is made it cannot be changed. Choosing your team is equally important. (Although, unlike cutting cloth, you can make changes to your team; but those changes usually bear a huge emotional and sometimes financial cost.)

Carefully selecting team members in a small organization is particularly important because there is no “bench”; every team member must contribute.

Surround yourself with people who are better than you are.

This suggestion is not for the insecure and paranoid; it takes a lot of emotional fortitude and self-confidence to recruit and empower people who are smarter, more competent, more edgy, and more connected than you are. But if you don’t, you and your organization will suffer from the diminishing-expertise syndrome. This disorder can be illustrated by considering a matryoshka doll.

A favorite toy among Russian children, the matryoshka doll is a series of wooden dolls, inside of each other, that get progressively smaller and smaller. Open up the largest doll and you’ll find a smaller, identical doll. Open up that doll and there is yet a smaller one. There may be as many as 15 dolls inside the largest one.

Another lesson to learn from these dolls is to observe that all the dolls are identical. If a leader is insecure or uninformed he may only select team members who “look like” himself, which will eventually limit the effectiveness of the team.

So when recruiting team members, select people who are “bigger” than you and those who are different than you are. Choose the best and the brightest to serve on your team and your organization will prosper.

You may wonder, “But won’t that make me look bad?” No, it will make you look like a competent leader. Remember, leaders get work done through other people. Also, surrounding yourself with top-flight people will motivate you to continue to grow and become better yourself.

5. Choose people who excel at both hard and soft skills.

If you’re hiring for a leadership position, look for these six hard skills: craft vision, develop a team, be a change agent, execute well, communicate well, and develop leaders.

Soft skills determine how well a person interacts with other people. A computer programmer may be good at programming but have a toxic effect on the work environment. A brilliant organist may fail at his job because he can’t get along with people.

Soft skills include: be a lifelong-learner, have good character, be emotionally intelligent, be authentic, have good people skills, and be able to inspire others.

Choose team members who are both competent (hard skills) and kind (soft skills). Both are necessary. You don’t want a competent jerk or a kind incompetent.

Here are some other characteristics to look for when recruiting team members.

Here are three characteristics of a well-balanced team.

We may be prone to choose people who are similar to us, but a team will be stronger if it is diverse. Pursue diversity in age, gifts, personality, gender, ethnicity, and background. Look for unanimity regarding values, beliefs, and culture.

You must not only compile a diverse team, you must allow the diversity to express itself. Gary Heil says, “Recruiting a diverse workforce and then encouraging employees to act as a homogeneous group, where the tendency to agree interferes with critical thinking, is not success. It is merely a waste of human talent.”

Stephen Covey says, “A good team is a complementary team where people’s strengths are made productive and their weaknesses made irrelevant by the strengths of others.” A football team is best comprised of athletes with different but complementary talents; you wouldn’t want a team full of place kickers.

When building a team, stay with it until all key positions are filled. When he was manager of the Chicago Cubs, Charlie Grimm reportedly received a phone call from one of his scouts. “Charlie,” the scout said, “I’ve landed the greatest young pitcher in the land! He struck out every man who came to bat. Twenty-seven in a row. Nobody even hit a foul until the ninth inning. The pitcher is right here with me. What shall I do?” Charlie replied, “Sign up the guy who got the foul. We’re looking for hitters.”

Every organization has its own unique culture—the sum of its values, beliefs, and norms of behavior. Culture runs deep; it’s like the current of a wide and deep river—it may be unseen but it is powerful and difficult to change. It’s not quite as fundamental as DNA (which cannot be changed) but it is very primal.

If you are satisfied with the culture of your organization, recruit leaders that will fit in and reinforce the culture. Mike Miles says, “You want to work with people who you will enjoy working with, and that part of the process is art and personal, not scientific or book-learned.”

If you want to change the culture of your organization, recruit leaders that exemplify the new culture you aspire to produce. But be prepared to swim upstream; culture is difficult to change. The new team members will likely face extreme and consistent resistance and you must defend and protect them.

Building a great team takes time and tenacity. Because of turnover, it may be a never-ending job. But it is one of the most important tasks a leader does. Don’t take it lightly; the success of your organization depends on it.

Two weeks from now we’ll think about how to develop and work with team members.

2 Replies to “Leaders, your most important job is to build and manage a great team — part 2 of 3 – choose great team members”