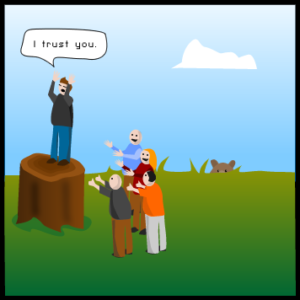 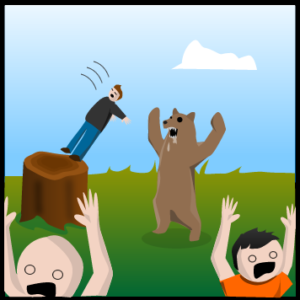 In her book, Mindset : The New Psychology of Success, Carol Dweck relates that when she asks people, “Try to picture Thomas Edison as vividly as you can. Think about where he is and what he’s doing. Is he alone?” Most people picture him as an eccentric scientist tinkering around his laboratory all by himself. But Dweck writes, “Edison was not a loner. For the invention of the lightbulb, he had thirty assistants, including well-trained scientists, often working around the clock in a corporate-funded state-of-the-art laboratory.”

This three-part series is about team building. Part 1 focused on the importance of having a great team. Part 2 considered how to select good team members. This third and final part centers on how to develop your team.

A compilation of great individuals does not automatically create a great team. It takes wisdom and effort to mold the group into an organism in which the whole is greater than the sum of its parts. Here are some suggestions on how to do that.

1. Spend time as a team, both on the job and socially.

Emails and conference calls may be adequate to handle tactical and logistical issues but for esprit de corps to develop, face-time is needed. A regularly scheduled, well-planned staff meeting will help meet this need.

Also, spend time together outside of the office, in social settings. Don’t underestimate the value of spending informal time with your team. Share a meal together; travel together; host an event where team members’ families can get together.

Develop a personal relationship with each team member. Show genuine concern for their personal well-being and not just how they function organizationally. Get to know their family, their hobbies, and other interests.

The Gallup organization found that no single factor more precisely predicts the productivity of an employee than his relationship with his direct supervisor. They found that an employee is most happy and productive when he feels his supervisor cares for him, praises him regularly, and encourages his development.

A group of scientists at Google embarked on a four-year study of how the best teams function. They found that how a group interacts is more important than who is in the group.

Robust communication occurs in a group when everyone is encouraged and allowed to give their unfiltered input on important issues. It is based on the truth that any idea or plan will be improved upon when submitted to the wisdom of others.

Create an environment among your team in which there is freedom to disagree and discuss controversial issues. Michael Schrage says, “One of the myths about effective teams is that they are characterized by chumminess. Many look more like battlegrounds.”

There is a subtle but important difference between robust discussion and robust dialogue.

Engage in robust discussion when you want to fine-tune something that already exists.

Engage in robust dialogue when you want to conceptualize something new.

If one ox can pull a 4,500-pound load, how much can two oxen pull when yoked together? One might think 9,000 pounds, but because of the synergy that is developed through the two pulling together, they can tow 12,000 pounds.

That’s the power of synergy. Synergy is the energy that is generated through the working together of various parts or processes. Stephen Covey describes compromise as 1+1 = 1.5 and synergy as 1+1 = 3.

Synergy is often illusive and it can’t be simply mandated. But you can make sure the elements that are conducive to synergy are present. And, you’ll know when it happens.

When team members work closely together, conflict is inevitable. If there’s never any noticeable conflict there’s probably some lurking under the surface and that’s the most dangerous kind. Conflict should never become the norm and it must not be allowed to escalate, but it is inevitable so don’t be startled or dispirited by it, but do resolve it.

Productive team members don’t just want a cheerleader; they want a coach to push them to excellence.

Ken Blanchard asserts, “I believe providing feedback is the most cost-effective strategy for improving performance and instilling satisfaction.”

Andy Stanley says, “In the world of athletics, the coach does not withhold his opinion until asked. Neither does he sit back and watch his protégé make the same mistake over and over without saying something. In the same way, a good leadership coach will do everything in his power to ensure progress. Like an athletic coach, a leadership coach operates as if he has something on the line.”

Sometimes, the terms “mentor” and “coach” are used synonymously, but they are significantly different.

The difference between a mentor and a coach can be illustrated by considering a baseball player who wants to improve his batting average. One option is to study videos of great hitters—Babe Ruth at the plate—his stance and swing. The aspiring player studies Babe and emulates his stance and swing. Babe is his mentor.

Another option is for him to hire a batting coach who will hand the player a bat, observe him in action, and then give immediate feedback.

A leader should coach her team members.

7. Have a plan for developing each of your team members.

As a servant-leader, desire the personal and professional well-being of each team member. Be their advocate and encourage their growth. When they outgrow their present position, find them a more challenging one. If your organization cannot offer advanced opportunities, help them transition to another organization that can.

8. Know your team members and allow them to know you.

One approach to leadership suggests that a leader should remain aloof from her team members, maintaining distance and even a measure of indifference. In other words, know your team members but don’t let them know you.

I suggest just the opposite approach: know your team members and allow them to know you. Be their friend. Be vulnerable and transparent about your personal feelings, thoughts, and challenges. Obviously, appropriate boundaries should be maintained, but strive to develop a more relational-based team dynamic.

9. Empower team members; give them opportunity, freedom, and security.

Recruit good people and then empower them to do their work. Give them the authority to make decisions and then support their decisions. Don’t micromanage.

Delegate outcomes, not just tasks. It’s okay to give direction—what to do—but let them decide how to do it.

Allow people to fail. Allowing people to fail empowers them to succeed in ways they never would have imagined. Don’t punish failure; sanction passivity. Failure at least implies some sort of output. Also, create an environment in which if people fail, they’ll have a “soft landing.” If there is a fear of failure in your organization there won’t be much experimentation, innovation, or learning.

10. Periodically, as a team, analyze and evaluate how you’re working together.

As a team, talk about your team. Ask diagnostic questions like: Are we benefiting from the power of synergy or is everyone just pulling his or her own load? Do we engage in robust dialogue? Does anyone feel isolated or alone? Are we being transparent and honest with each other? Are there unspoken frustrations regarding working together? How can we do a better job of compensating for each other’s weaknesses and highlighting strengths?

Most significant achievements are accomplished through teams of people. Someone is leading the team but it is the collective effort that achieves. Margaret Mead, the famous American anthropologist, once said, “Never doubt that a small group of thoughtful, committed citizens can change the world; indeed, it’s the only thing that ever has.” As a leader, your job is to assemble, develop and employ a great team that will fulfill a worthy vision that will make a difference.

[reminder]I had an interesting conversation with a friend of mine over this issue: When someone tells you “I love you” is it necessary to respond with “I love you too”? My friend says, yes. I think a required response dilutes its value. Why not just say, “Thank you; that means a lot to me.” And then in a different setting, reciprocate with terms of endearment. What do you think? [/reminder]

10 Replies to “Leaders, your most important job is to build and manage a great team — part 3 of 3 – develop your team”