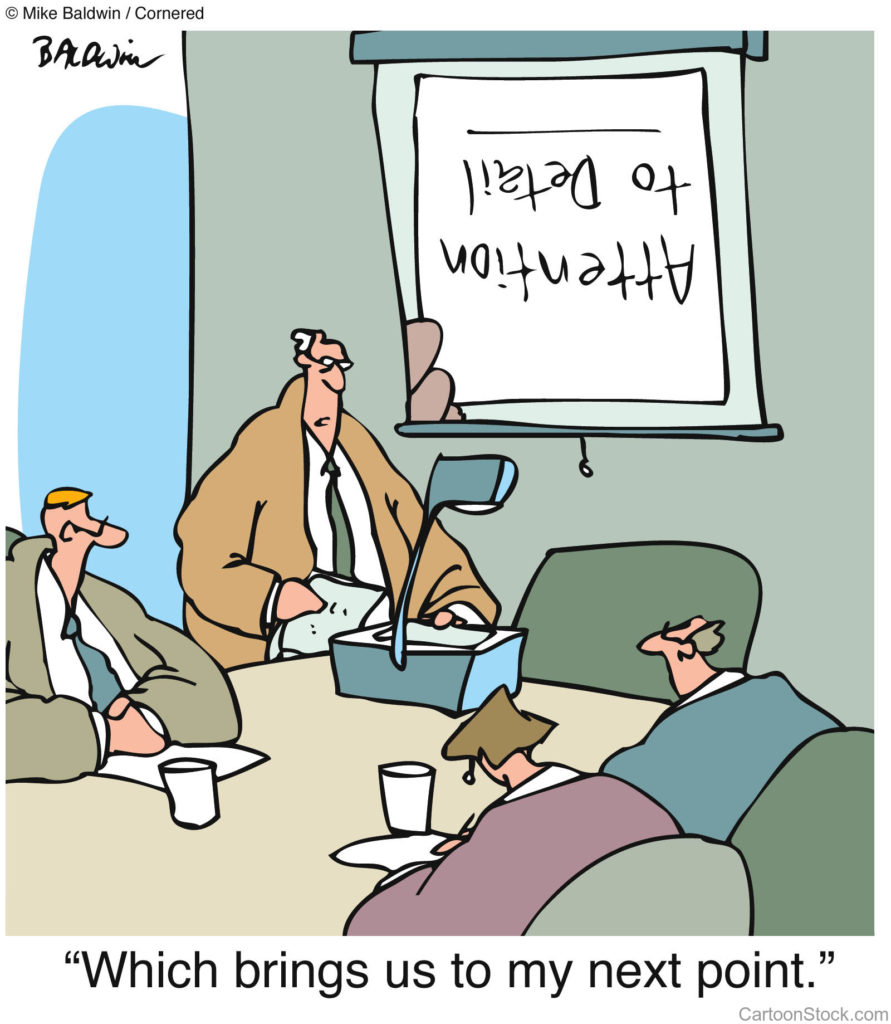 Sometimes, when I consider what tremendous consequences come from small things, I am tempted to think…there are no small things. — Barton

The Space Shuttle Challenger disaster occurred when it broke apart 73 seconds into its flight, leading to the deaths of seven crew members. Disintegration began after an O-ring seal in its right solid rocket booster failed at liftoff. The O-ring failure caused a breach in the SRB joint it sealed, allowing pressurized burning gas from within the solid rocket motor to reach the outside and impinge upon the adjacent SRB aft field joint attachment hardware and external fuel tank.

Why did the O-ring fail? The morning of the launch, the temperature was unusually cold and the rubber O-ring became brittle. NASA scientists overlooked (or underestimated) the importance of that one small detail, and the result was catastrophic.

Charles Eames, the famous American architect and furniture designer, once said, “The details are not the details. They make the design.” Everything is composed of details so every detail is important.

I used to pride myself on my disregard for details, thinking that I was a “big picture” guy who was too concerned with macro issues to worry about micro ones. I was wrong. Being detail-oriented and maintaining a broad view are not mutually exclusive. We can and should do both.

Small things can have a big impact.

When Johnson & Johnson heard complaints in 2009 about a musty odor coming from Tylenol Arthritis Pain caplets, it retraced its entire supply chain to find the cause. The culprit: shipping pallets.

The pill packages had likely been contaminated by trace amounts of a fungicide used to treat the six-inch-tall wooden platforms, which carried them from factory to warehouse to retailer. The cost of lost production and yanking Tylenol and Motrin off store shelves: $900 million. [Forbes, May 31, 2018, pg. 46]

In all aspects of life and leadership, pay attention to details.

I’ll end with a great story of an artist who insisted on perfection, particularly in the details of his work.

Librettist and theatrical producer Oscar Hammerstein II once remarked on an aerial photo of the Statue of Liberty taken from a helicopter. He described how the photo revealed finely etched strands of hair atop the head of Lady Liberty, details placed there by Frederic Auguste Bartholdi. It’s important to remember that the Statue of Liberty was dedicated in New York Harbor on October 28, 1886, almost two decades before the Wright brothers’ first flight. In those days, no one believed that human beings would ever be able to fly over the statue and look down on the top of Lady Liberty’s head. Yet Bartholdi refused to cut corners with his sculpture. He paid attention to the little things, to the fine details he thought no one would ever see. (from Coach Wooden’s Greatest Secret by Williams and Denney, pg. 119)

Big doors swing on small hinges, so get the hinges right.

10 Replies to “Details are important”