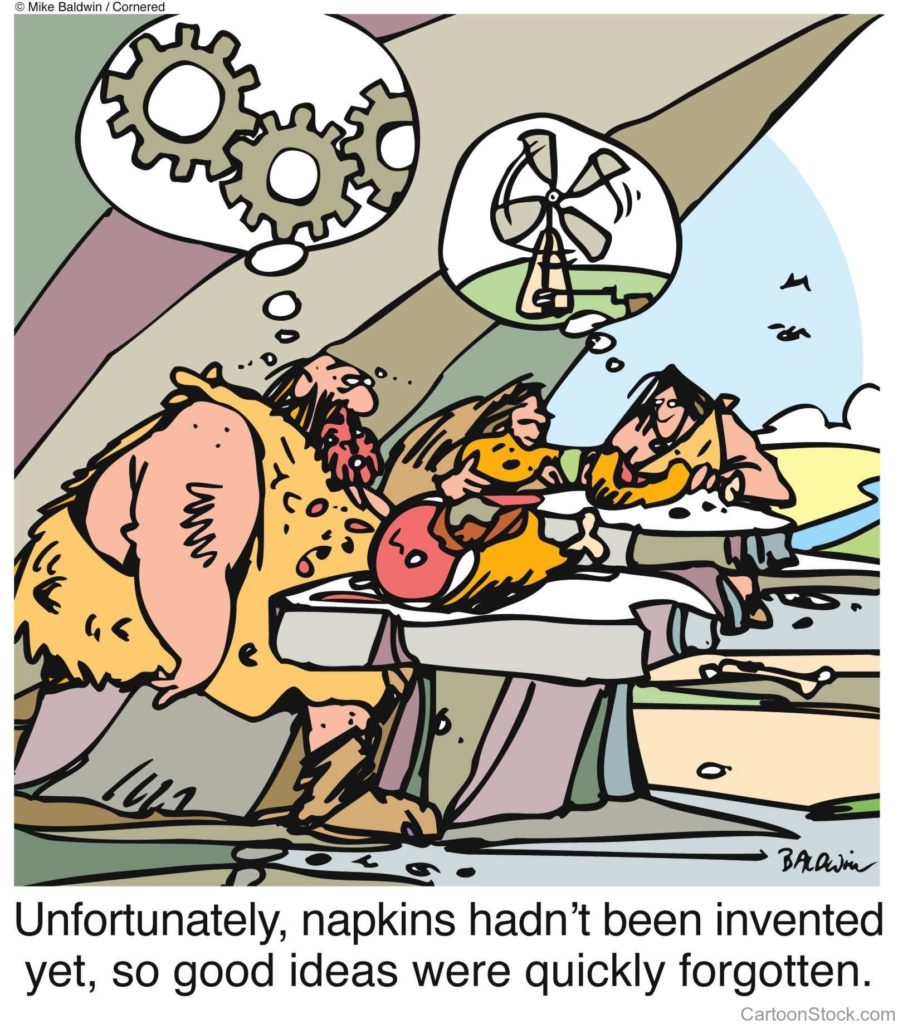 Auster didn’t have a pencil on him, neither did his father or his mother or anyone else in his group.

Several years ago I wrote a blog post on how significant thoughts can positively affect your life. A meaningful thought can change the trajectory of your life, so always be looking for them. You might find one while reading the newspaper, or talking to a friend, or listening to the radio, or (and these are the best kind) you might have an original thought that is worth archiving.

But when you come across a significant thought, you must write it down because short-term memory is unreliable.

So always carry a pen and paper. You never know when you’re going to encounter a significant thought, and if you don’t write it down, you’ll lose it. Don’t miss out on a notable statement just because you “ain’t got no pencil.”

For instance, several days ago I read this sentence by Thomas Huxley—Try to learn something about everything and everything about something. It caught my attention, so I wrote it down, thought about it, talked to some friends about it, and now it’s part of my life. But this bit of wisdom would have been lost to me if I had not written it down.

Get into the habit of writing down interesting and helpful thoughts. [I transfer my hand-written notes into an app called Evernote.]

6 Replies to “Don’t get caught without a pencil”