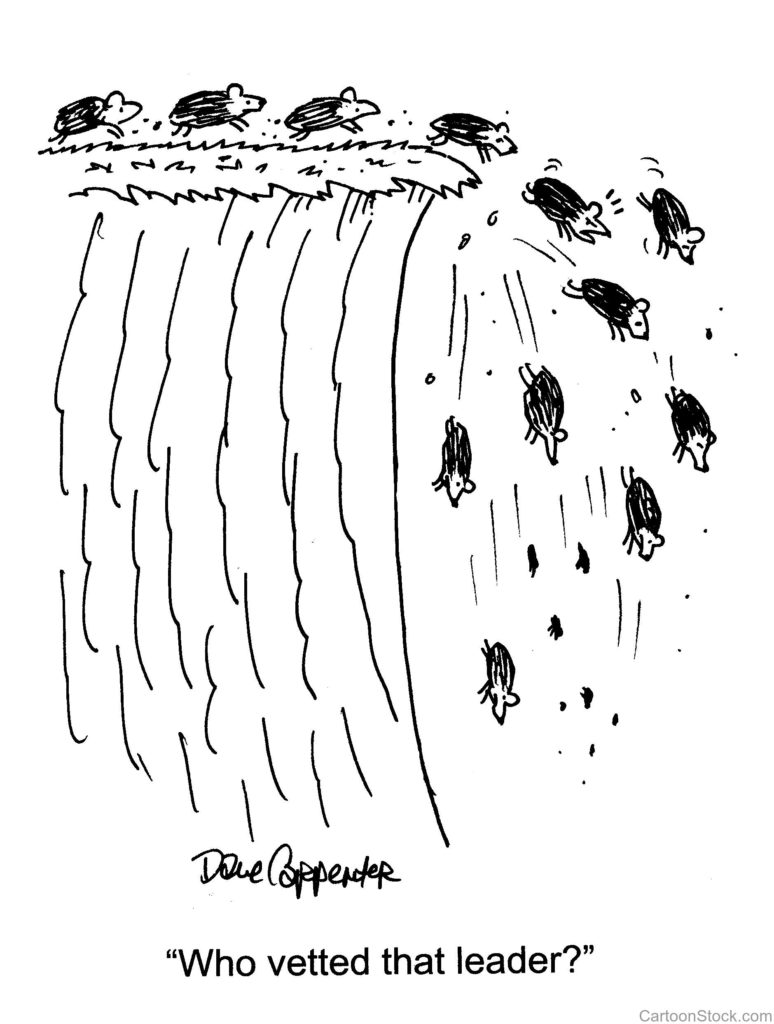 When Disney World first opened, Mrs. Walt Disney was asked to speak at the grand opening because her husband, Walt, had recently died. She was introduced by a man who said, “Mrs. Disney, I just wish Walt could have seen this.” She stood up and said, “He did,” and sat down.

Leaders “see” the future. Just as Walt Disney “saw” Disney World in his mind, long before it was actually built, leaders have a picture in their minds about what their organization can look like in the future, and, as Warren Bennis says, they are willing to “disturb the present in the service of a better future.”

In this post I want to focus on how this affects followers.

Recently, my daughter, Lauren, started a recycling company called Turn. The catchphrase is farm to table to farm. Part of the business is recycling food scraps and turning them into compost. Families are given a 5-gallon bucket to put their scraps in and Turn picks up the buckets weekly. Then they must be cleaned, which is a yucky job.

One day, while I was helping clean buckets, I had a vision for a large rack-system that would make cleaning the buckets more efficient. I bought the materials at Home Depot, recruited a helper, and started building. I had a clear picture in my mind of what the structure would look like so I didn’t take the time to draw a diagram. I had difficulty explaining to my helper what it would look like and how it would work. My helper was constantly pushing back on my directives because he couldn’t “see” what I saw. I finally said, “Just do what I ask you to do; I see something you don’t see.” When we finished the project my helper said, “Okay, now I see what you saw.”

Let me add balance to this thought. I am not suggesting

Bill Gates saw a computer on every desk; Sam Walton saw a chain of discount retail stores; Steve Jobs saw a handheld device that would function as a phone and a link to the world; President Kennedy visualized an American going to the moon and returning; President Eisenhower saw an interstate highway system, much like the German autobahn that he saw during the war; the apostle Paul saw the church, a spiritual community of believers.

All these leaders saw something that others did not. We’re glad they did.

[callout]Best-selling author Malcolm Gladwell (The Tipping Point, Blink, Outliers) offers a free podcast that is outstanding. Revisionist History is Gladwell’s journey through the overlooked and the misunderstood. Every episode re-examines something from the past—an event, a person, an idea, even a song—and asks whether we got it right the first time. Because sometimes the past deserves a second chance. One of my favorites (and a good example of what his podcasts are like) is season one, episode 8, titled Blame Game.[/callout]

4 Replies to “Followers: leaders “see” things other people don’t see, so sometimes you must simply trust your leader and follow”