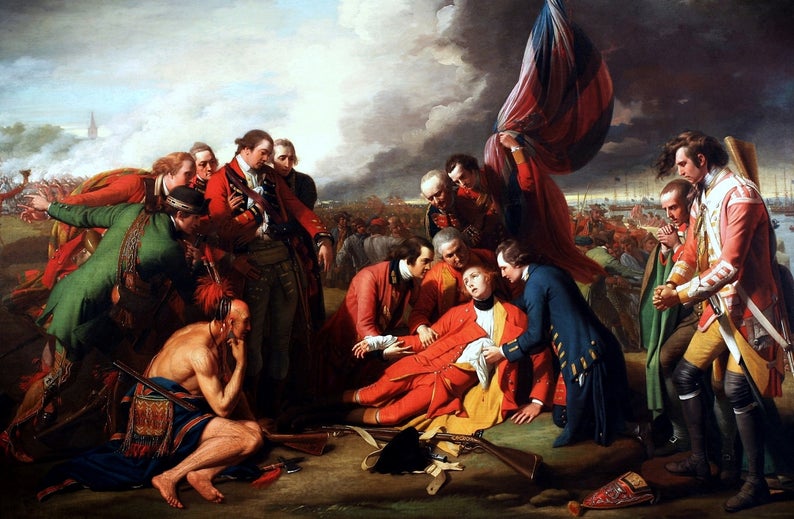 Benjamin West was just trying to be a good babysitter for his little sister Sally. While his mother was out, Benjamin found some bottles of colored ink and proceeded to paint Sally’s portrait. But by the time Mrs. West returned, ink blots stained the table, chairs, and floor. Benjamin’s mother surveyed the mess without a word until she saw the picture. Picking it up, she exclaimed, “Why, it’s Sally!” And she bent down and kissed her young son.

In 1763, when he was 25 years old, Benjamin West was selected as history painter to England’s King George III. He became one of the most celebrated artists of his day, becoming president of the Royal Academy of Arts. Commenting on his start as an artist, he said, “My mother’s kiss made me a painter.”

What if she had responded differently; what if she had rebuked young Benjamin for the mess he had made with his paints? What if she had scolded Benjamin and taken away his art supplies? Years later it might have been said, “His mother’s rebuke crushed his artistic gift.”

Perhaps his gift would have emerged either way, but isn’t it grand that his mother’s kind and encouraging words affirmed and gave momentum to his talent.

Proverbs 25:11 says, “A word fitly spoken is like apples of gold in pictures of silver.” West’s mother’s words were fitly spoken and unleashed Benjamin’s prodigious talent in painting.

We all possess a powerful asset that doesn’t cost us anything to dispense and it’s self-replenishing—words of affirmation. When spoken at critical moments, they are powerful enough to change a person’s life.

I’m grateful for times when I was the recipient of life-giving words.

Of all the millions of statements I’ve heard in 67 years, why do I remember these three? Because they impacted me deeply and changed the trajectory of my life.

Your words are extremely powerful, especially when you’re in a position of authority: parents, grandparents, employers, persons in uniform, elected officials…use your position and the power of your words to encourage, stimulate, and inspire people.

Benjamin West painted his sister’s portrait on the furniture and floor. Because of his mother’s careful response, he would someday paint portraits of Benjamin Franklin, George Washington, and English royalty.

At the top of this post is a picture of his famous painting: The Death of General Wolfe

What are your thoughts about this essay?