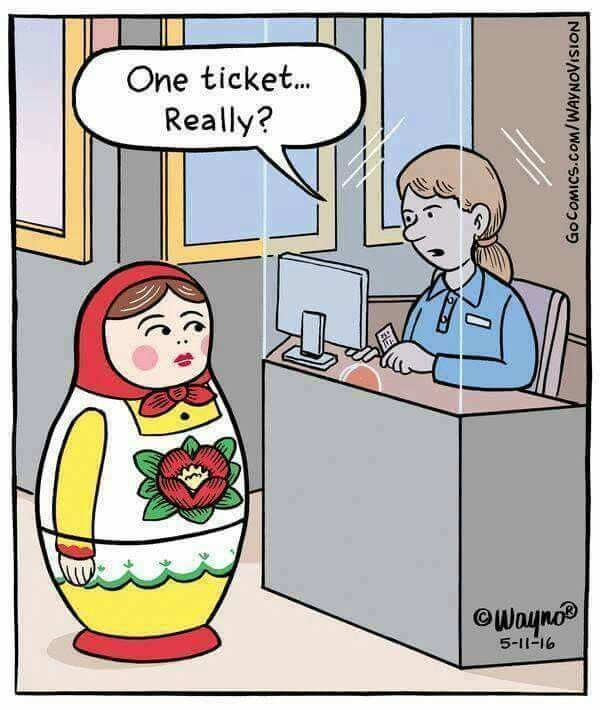 A favorite toy among Russian children, the matryoshka doll is a series of wooden dolls that nest inside each other and get progressively smaller and smaller. Open up the largest doll and you’ll find a smaller, identical doll. Open up that doll and there is yet a smaller one. There may be as many as 15 dolls inside the largest one.

I’ll use the matryoshka doll as an analogy for how insecure or uninformed leaders can inhibit the growth and health of their organization by choosing weak team members and how good leaders do the opposite.

Recruit people who are “bigger” than you.

Instead, recruit people who are wiser, more capable, and more informed than you, and insist that your direct reports follow suit.

Recruit people who are different than you.

Except for their size, all of the dolls inside a matryoshka doll are identical. The implication for leaders is: if you only recruit team members who are similar to you—in personality, gifts, age range, perspective—your team will not benefit from the critical element of diversity.

Instead, mix it up. Compile a diverse team and then don’t squelch their individuality but embrace and encourage their differences.

Choosing quality team members is the leader’s most important job.

Leaders make two types of major decisions: strategy and people. The people decisions are the most important because if you get the right people on your team, they will help set the right strategy. The success of your organization will rise and fall on the quality of your team.

When I was a kid, we often played an impromptu game of softball or basketball after school. Everyone who wanted to play gathered, two captains were chosen, a coin toss determined which captain chose first, and then teammates were selected one at a time. The captain who chose the best players, won. Sometimes a captain would choose a less-skilled player early in the selection process so as not to hurt the person’s feelings (no one wanted to be chosen last). While that might have been the kind thing to do, it wasn’t the smart thing to do if you wanted to win.

Leaders, choose the best and the brightest to serve on your team and your organization will prosper.

This suggestion is not for the insecure and paranoid; it takes a lot of emotional fortitude and self-confidence to recruit and empower people who are smarter, more competent, edgier, and more connected than you. But if you don’t, you and your organization will suffer from the diminishing-expertise syndrome.

You may wonder, “Won’t that make me look bad?” No, it makes you a competent leader. Remember, leaders get work done through other people, so having an A-team will produce top results. Also, surrounding yourself with top-flight people will motivate you to continue to grow and become better; it will keep you sharp and accountable.

In her book Team of Rivals, Doris Goodwin reminds us that when Abraham Lincoln was elected president and began compiling his cabinet, he chose strong and competent men. Some of them had run against him in the primaries, men who had hoped to have his job—essentially, he chose a cabinet of opponents. Lincoln reasoned, “I have looked the party over and concluded that these men were the very strongest men. I had no right to deprive the country of their services.”

Surround yourself with great people.

6 Replies to “Leaders, choose team members who are better than you; avoid the matryoshka doll effect”