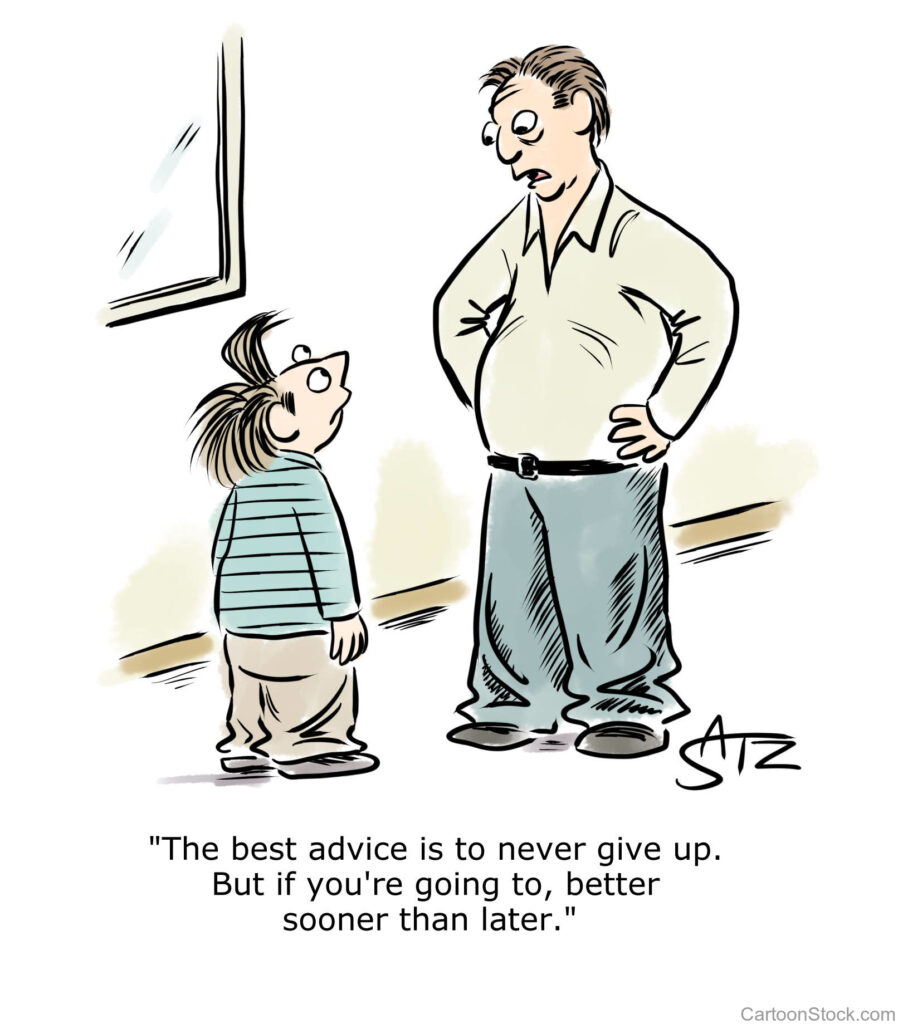 A particular phrase from Winston Churchill’s iconic speech to the British Empire during WW2 is well-known and oft-quoted: “Never give in, never, never, never, never.” Most of us are not familiar with the rest of the sentence: “except to convictions of honor and good sense.”

Grit, tenacity, determination, perseverance…these traits have been lionized as foundational and unquestionably beneficial. We’re taught from an early age to “stick with it and don’t give up.”

But often the best thing to do is to quit. So let’s add “the willingness to jettison” as a necessary and honorable character trait.

I think there are two reasons we fall prey to this dilemma.

One, we yield to the sunk lost fallacy. Having invested time or money into something, we are hesitant to quit it because that would mean we would have wasted all that time and money (although they’re already lost). Often, the more we have invested and lost, the longer we persist in thinking it will work out.

Two, we were taught from an early age to never give up and to not renege on a promise or commitment. But sometimes the smartest and best thing to do is to stop in midstream and pursue something different. American computer scientist Paul Graham says, “We’ve all heard the theme of ‘don’t give up on your dreams.’ I know what that means, but this is a bad way to put it, because it implies you’re supposed to be bound by some plan you made early on. The computer world has a name for this: premature optimization. So instead of working back from a goal, work forward from promising situations. This is what most successful people actually do anyway. Instead of plan-and-implement, adopt a test-and-learn model.”

As comedian W. C. Fields said, “If at first you don’t succeed, try, try again. Then quit. There’s no use being a damn fool about it.”

12 Replies to “Having too much grit is often disadvantageous; sometimes we need to quit”