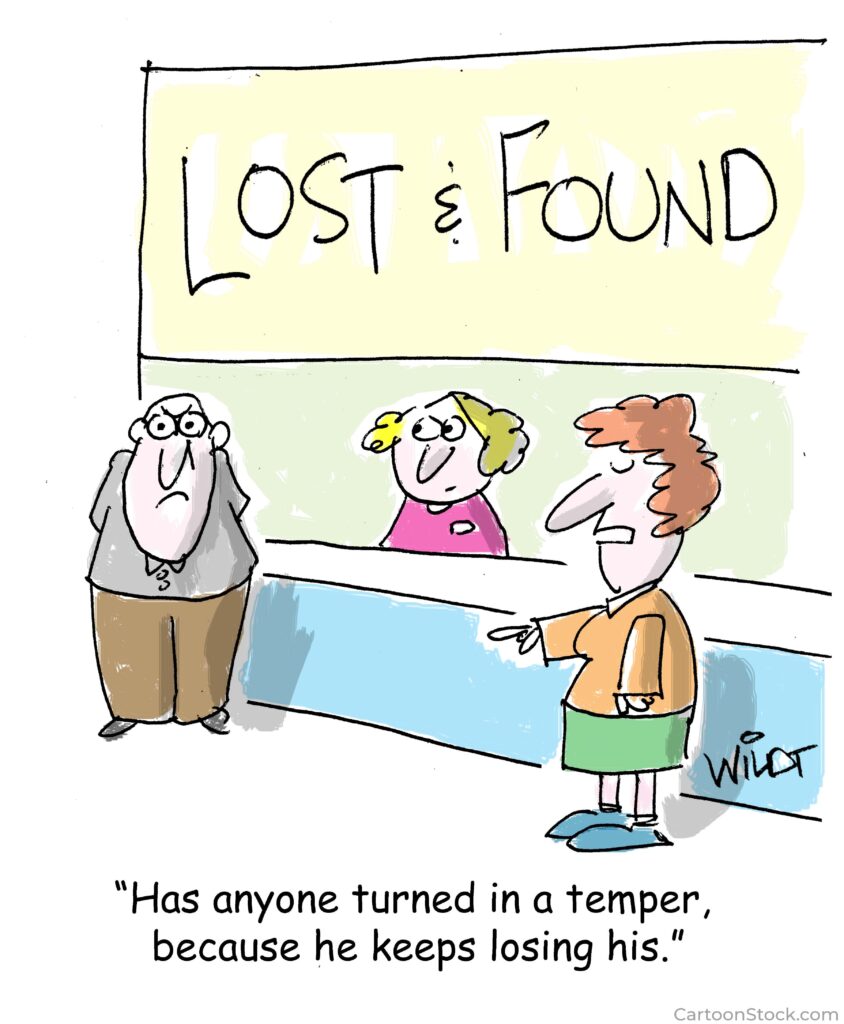 But last week when we were at the community pool, we had an unusual episode. We were playing pick-up-the-sunken-rings with other children (colored plastic rings are thrown around the pool and the child who collects the most wins). Ben was trying, unsuccessfully, to pick up the rings with his toes, so I said, “B, you need to dive headfirst and grab them with your hands.” Then I turned him upside down and pushed him headfirst under the water. When he popped up, he shouted “I hate you. You’re the worst papa ever.” It sent a chill over the entire pool.

Days later, when we were cuddling on the coach in my study he said, “Papa, I love you. You’re the best papa ever.” I said, “Thanks B. But last week when we were at the pool, you said you hated me and I was the worst papa ever.” He matter-of-factly replied, “But Papa, I was angry.”

“But when our emotions peak (we’re feeling very angry or very satisfied) we need to be careful with what we say and do because we may say or do something we later regret. As a matter of fact, at those times, it’s probably best that we not say or do anything until we calm down.”

Believe it or not, I think Ben understood.

Much like an EKG machine reveals the ongoing rhythm patterns of our heart, I often visualize a similar scale that would show our emotional patterns.

It’s normal for our emotions to fluctuate up and down, and they can rise or fall suddenly and often. You can’t always stay above the line (it’s unhealthy to even try) and you don’t want to consistently experience life below the line. The swings up and down are normal and healthy.

But we must be careful when we peak emotionally, either up or down. At those moments we need to monitor what we say and do, and not make decisions.

Interestingly, those extremes don’t last long; they quickly subside and move back toward the baseline. Sure, we can stay moderately frustrated or angry for a while, but seldom do we stay at extreme levels.

Recently, in a moment of frustration (I was at the bottom of the chart), I said something to my daughter that I immediately regretted and later apologized for. Recently, during a moment of pure nirvana (Ben and I were sitting on the couch in my study, memorizing poetry), I rashly said, “Ben, see all the books in my library. Someday, they will all be yours.” (I don’t regret having said that, but it was an impetuous decision prompted by peaking emotions.)

Train yourself to recognize those moments and exercise restraint. There’s wisdom in the old notion of counting to 10 when you start feeling upset. As you count, imagine that with each number, you’re reaching a new level of calmness. This will buy you some time and help you respond more prudently.

16 Replies to “Why does my grandson hate me?”