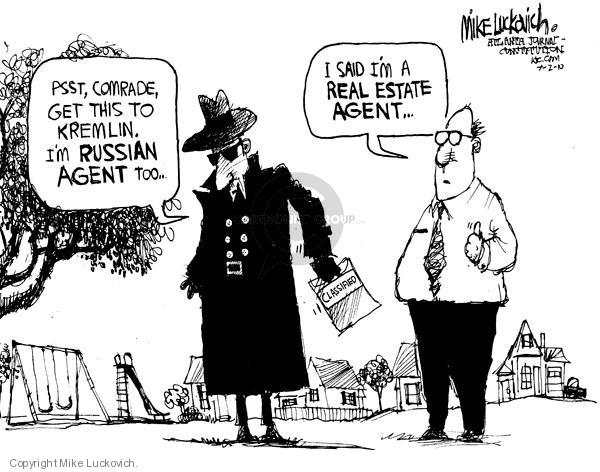 I have the privilege of working for an extraordinary man, Chuck Swindoll. He’s smart, kind, competent, fair, engaging…the list goes on and on. He’s the greatest person I’ve know personally.

One of the things I love and respect about Chuck is that he insists on being called Chuck. Not doctor or president or chancellor (he held both positions at a major seminary), or even pastor; he wants his colleagues, friends, admirers, and even children to call him Chuck. I like that; it’s admirable and right.

Years ago I worked with a man who had an honorary doctorate and he insisted on being addressed as Dr., even by his wife when they were in public. Ugh…

In our culture we often overuse titles and postnominals. Why don’t we just use first names? Or, better yet, here’s a meaningful, egalitarian term that implies unity and solidarity.

Because of its common usage in portrayals of the Soviet Union in Cold War films and books, the term has become strongly associated with Russo-Soviet communism, even though the Russian word is tovarisch, not comrade. Admit it: When you read the title of this post, what came to mind? Did you resist the term?

But the term comrade (which means “mate, colleague, ally, team member”) actually derives from the Spanish and Portuguese term camarada. Political use of the term was inspired by the French Revolution (following the Revolution, French titles of nobility were abolished), after which it grew into a common and preferred form of address between members of a group regardless of class, rank, or status. Indeed, in communist Russia, Nikita Khrushchev, premier of the Soviet Union, would greet a factory worker by calling him tovarisch, and the factory worker felt comfortable calling Khrushchev tovarisch.

But the word has been misunderstood and sullied by social and historical influences, so I’m going to use it sparingly. If I know you have read this post, I may, with a concealed smile, greet you as comrade. But when I stand before the congregation at my church, I’ll refrain.

Just call me Don, or comrade.

28 Replies to “Let’s call each other comrade”