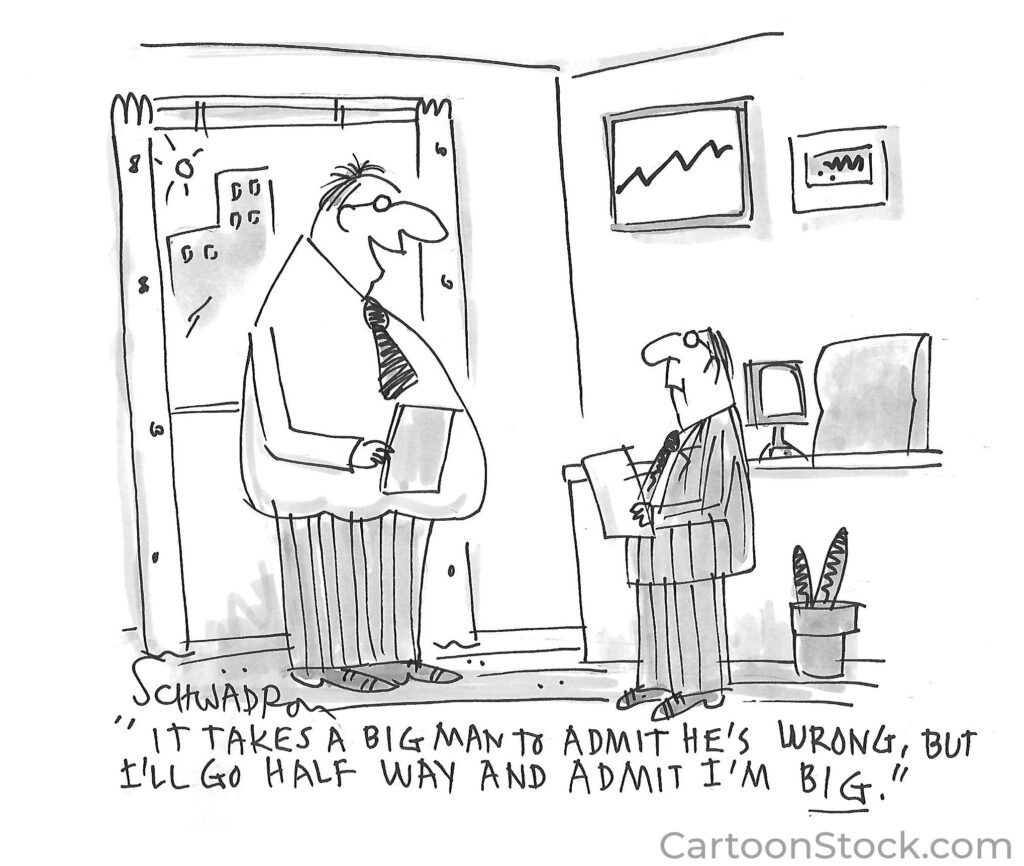 Has this ever happened to you? You’re in the midst of an argument, or you’ve held a certain position for a long time, when gradually or suddenly you realize you’re wrong.

Initially it’s very off-putting and discombobulating. But it can be a learning and growing experience; sometimes even a pleasant one.

When was the last time you said, “I am wrong about this.” or “I have changed my point of view about this issue”?

We’re all susceptible too early and first impressions. Things I was taught as a child are solidly ingrained (early impressions). And when an issue or incident is mentioned in the news, I tend to embrace the first opinion I hear (first impressions). Once the idea is planted in my mind, I gravitate toward confirmation bias (thoughts that substantiate the point of view) and eventually the issue becomes indelibly etched in my mind.

Adam Grant, organizational psychologist and professor at the University of Pennsylvania, once gave a talk at which Daniel Kahneman was in the audience. (Kahneman is a revered Nobel Prize winning psychologist who’s work transformed our understanding of the biases that cloud our thinking.) After Grant’s talk, Kahneman came up to him and said, “That was wonderful. Your research has proved me wrong.” Grant was dumbfounded. Upon later inquiring what Kahneman meant by his statement, Kahneman replied (Grant’s paraphrase), “No one enjoys being wrong, but I do enjoy having been wrong, because it means I am now less wrong than I was before. Finding out that I was wrong is the only way I’m sure that I’ve learned anything. Otherwise, I’m just going around and living in a world that’s dominated by confirmation bias, or desirability bias. And I’m just affirming the things I already think I know.”

Here’s a terrific article by Evan Nesterak on how to get better at changing your mind, including his interview with Adam Grant.