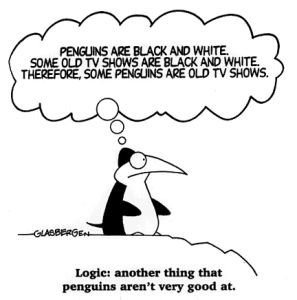 A town hires a new sheriff and in the next three years the theft rate drops twenty-five percent. In appreciation of the reduced theft rate, the city council votes to give him a hefty raise. But are they confusing correlation with causation?

Perhaps the theft rate is down because thieves have been so good at stealing that there’s not much left to steal so they have moved to another town. Or perhaps an aggressive salesman has sold theft deterrent systems to most homeowners. Or perhaps the judge has increased the punishment for theft so it no longer pays to be a thief.

False causality is a mental shortcut—it’s lazy thinking—that can lead to bad decisions. Instead of taking the time and effort to look beyond a simple relationship (new sheriff—lower crime rate) we often just assume they are linked by cause and effect.

Instructional designer Archana Madhavan brings clarity to the difference between correlation and causation. She writes:

“While causation and correlation can exist at the same time, correlation does not imply causation. Causation explicitly applies to cases where action A causes outcome B. On the other hand, correlation is simply a relationship. Action A relates to Action B—but one event doesn’t necessarily cause the other event to happen.

“Correlation and causation are often confused because the human mind likes to find patterns even when they do not exist. We often fabricate these patterns when two variables appear to be so closely associated that one is dependent on the other. That would imply a cause and effect relationship where the dependent event is the result of an independent event.

“However, we cannot simply assume causation even if we see two events happening, seemingly together. One, our observations are purely anecdotal. Two, there are so many other possibilities for an association, including:

So don’t jump to conclusions. Don’t make a connection where none exist. Take the time to think through all effects and consider what prompted them.