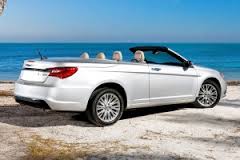 “You don’t understand,” Iacocca said. “I want one today! Have someone take one of our new cars to a body shop and have them cut off the roof.”

Iacocca had the modified car by the end of the day. He spent the rest of the week driving his “convertible” and found that everyone who saw it loved it. A Chrysler convertible was on the drawing board the following week. [pg. 183, Stories to Inspire Innovation]

The key lesson in this essay is: don’t underestimate what you can do and don’t wait until you are forced to do something to do it.

What? – Most people can do most things if they really want to. The “really want to” is a critical factor.
So what? – Do you have a “can do; I can figure it out” attitude, or do you quickly back away from challenges?
Now what? – If you are easily dissuaded from engaging in difficult projects, change your mindset. Intentionally pursue a challenging goal and see it through to completion.

Leaders – Don’t be easily stymied by challenges; you and your team can do incredible things if you will just dig deep and try hard.

One Reply to “Get ‘er done”