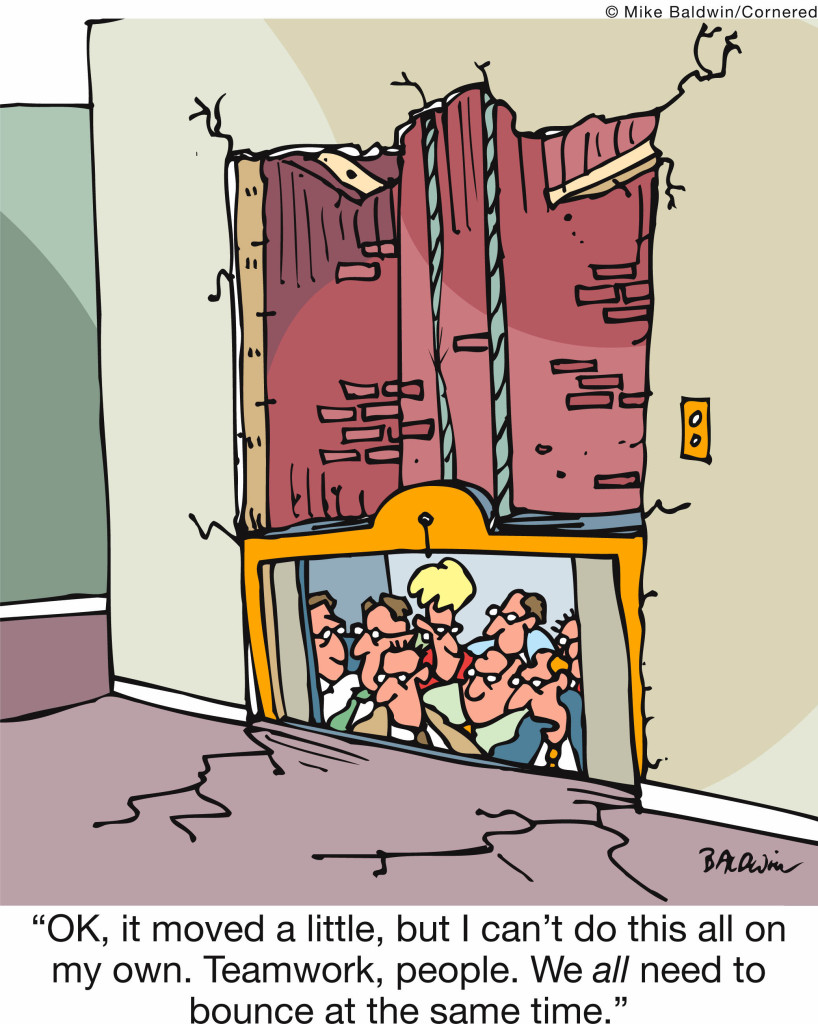 Not finance. Not strategy. Not technology. It is teamwork that remains the ultimate competitive advantage, both because it is so powerful and so rare. If you could get all the people in an organization rowing in the same direction, you could dominate any industry, in any market, against any competition, at any time. Lencioni

Carol Dweck, author of Mindset: The New Psychology of Success, often asks her students: “Try to picture Thomas Edison as vividly as you can. Think about where he is and what he’s doing. Is he alone?”

Most students picture Edison as an eccentric scientist tinkering around his laboratory all by himself. Interestingly, Dweck writes, “Edison was not a loner. For the invention of the light bulb, he had thirty assistants, including well-trained scientists, often working around the clock in a corporate-funded state-of-the-art laboratory.”

Most significant achievements are accomplished through teams of people. Someone is leading the team, but it is the collective effort that achieves.

A leader’s main job is to assemble, develop, and empower a great team that focuses on a worthy vision. Peter Drucker suggests that good leaders always use plural pronouns when discussing how work will be done: “The leaders who work most effectively, it seems to me, never say ‘I.’ And that’s not because they have trained themselves not to say ‘I.’ They don’t think ‘I.’ They think ‘we’; they think ‘team.’ They understand their job is to make the team function.”

The effective leader knows that:

Margaret Mead, one of our country’s most famous anthropologist, once said, “Never doubt that a small group of thoughtful, committed citizens can change the world; indeed, it’s the only thing that ever has.”