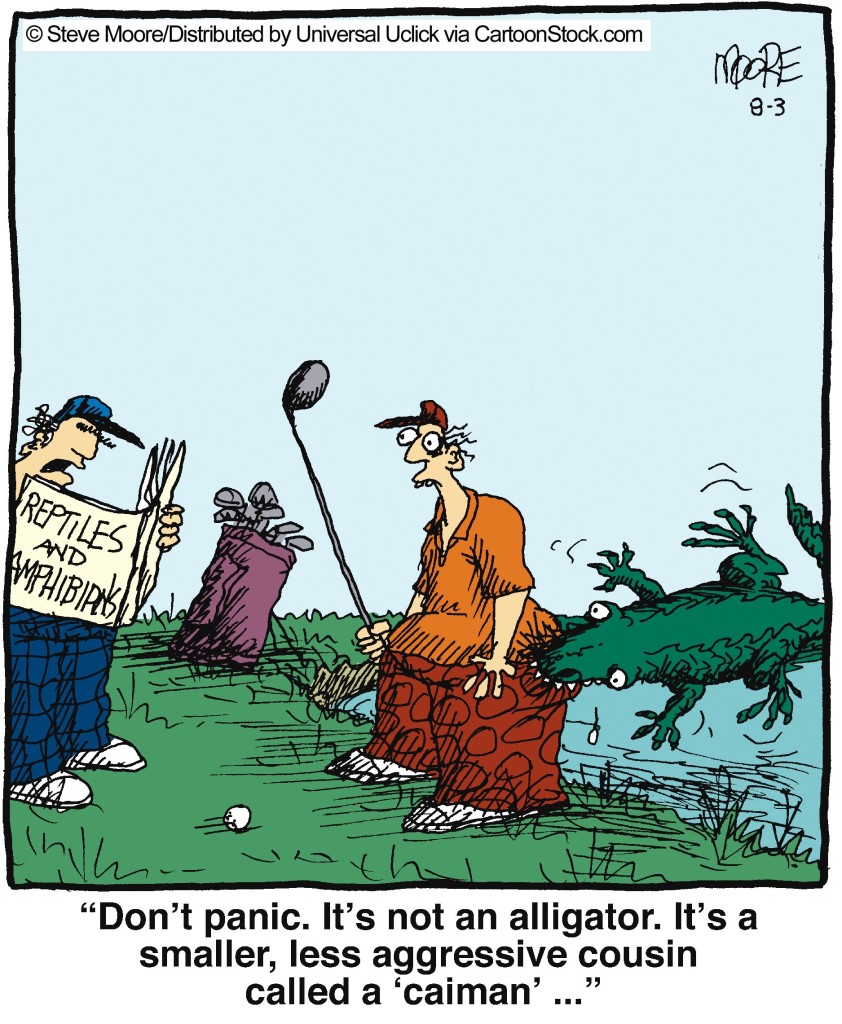 I am an old man and have known a great many troubles, but most of them never happened. —Mark Twain

According to Oceana, a nonprofit organization, sharks kill only about four people a year worldwide and only one in the U.S.

According to the U.S. Centers for Disease Control and Prevention, cows kill more than five times the number of people than sharks do. One research study reported an average of 22 deaths a year by bovines, typically due to stomping or goring.

Mosquitoes are the most dangerous; they kill 655,000 people each year, primarily in Africa, through the spread of malaria.

So why all the fuss over sharks?

Sometimes in life, we worry about the wrong things. Things that are large and have sharp teeth get our attention, but we’re often waylaid by less obvious assailants—we worry the most about things that endanger us the least.

For instance, we may inordinately worry about getting shot by a random shooter in a public area but ignore our daily intake of calories. We may obsess over being antiseptically clean—washing our hands often, using sterile wipes—but contaminate our minds by watching trash on TV.

Things that look menacing may not be, whereas some things that are invisible may be. We may cautiously avoid people with tattoos who drive loud motorcycles, but neglect getting a flu shot.

Sometimes, the mass media prompts us to focus on inconsequential issues. After all, they have to discuss something to fill up the required time and space, and they usually try to create a sense of emergency and concern regarding their topics, even banal ones.

Actually, I don’t see the advantage in worrying at all. Corrie ten Boom said,”worrying is carrying tomorrow’s load with today’s strength—carrying two days at once. It is moving into tomorrow ahead of time. Worrying doesn’t empty tomorrow of its sorrow, it empties today of its strength.”

But if you insist on worrying about something, at least worry about things that might truly hurt you. Forget about sharks.

Summary
What? – If you must worry, at least focus on issues that might matter.
So what? – We often worry needlessly.
Now what? – Analyze what you are concerned about and make sure it is a legitimate concern.

12 Replies to “Don’t worry about sharks. Worry about cows or mosquitoes.”