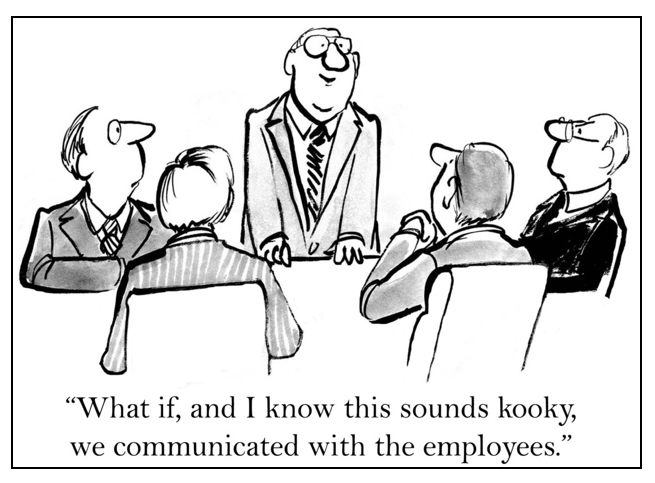 There is increasing recognition that the problems we face are too complex to be addressed by any single player. Matthew May

One of my favorite leadership mantras is: All of us are smarter than one of us.
Or, said succinctly, “We” is smarter than “me.”

I will never understand why some leaders, when making decisions, act like the Lone Ranger. They make decisions unilaterally. Often, their team is even surprised when the leader makes formal announcements regarding a strategic decision because they had no input into the issue and sometimes no prior knowledge that the issue was even being considered.

In my organization, I have seven direct reports. Every team member is very intelligent and deeply devoted to our organization. Why would I not ask for their input into important issues that affect our organization? When planning or making strategic decisions, why would I not solicit their insight, creativity, and judgment? I value and trust their discernment so much that I seldom make a decision without first seeking their input, and if there is broad hesitance, I yield to the collected wisdom.

Again I ask: Why would I not do this? What possible downside is there?

Robust dialogue is the key to leaders benefiting from the wisdom of others.

Robust dialogue occurs in a group when everyone is encouraged, allowed, and even required to give their honest input on issues. The value of robust dialogue is: Every idea or plan will be improved upon when submitted to the wisdom and input of others. If your idea is a seven (on a scale from 1 to 10 with 1 indicating a bad idea and 10 an outstanding one) and you submit it to robust dialogue, it will become an eight or higher.

Robust dialogue is not just the right thing to do; it is the best thing to do. It’s not just politically correct; it is practically helpful.

The prelude to robust dialogue may sound like this:

Robust dialogue will also help maintain a transparent and healthy workplace. It’s amazing how often there’s an elephant in the room that no one is willing to acknowledge. Clarke and Crossland warn, “Every time your team avoids the critical ‘real issues,’ you lose. Every time the discussion outside the meeting room—physical or virtual—is dramatically different from the discussion inside the room, you lose.”

Robust dialogue will enhance consensus among your team members. Often, we avoid challenging dialogue because we value unanimity and harmony. But when we ignore the tough issues, we inadvertently dilute any sense of consensus. True alliance is achieved only when all the major issues have been identified and wrestled with. Consensus is good, unless it is achieved too easily, in which case it becomes suspect.

You must be intentional about establishing robust dialogue as standard practice among your team. Don’t just give your team permission to engage in robust dialogue, insist on it. In general, people are less inclined to give constructive feedback to higher-status individuals. That’s why they must be given permission, and even encouraged, to speak up.

Explain to your team what robust dialogue is, why it’s advantageous, and establish it as standard practice. Set some ground rules:

It takes a lot of emotional fortitude to establish robust dialogue as an integral part of your organization—if you’re insecure you’ll be reluctant to do so. It also requires emotional maturity—if you’re domineering, self-reliant, narrow-mined, autocratic, or manipulative, robust dialogue will be unsustainable.

Brigadier General Ted Mercer Jr. said, “Feedback is a gift. It’s a way of giving help.” A hardy feedback system will make you, and your organization, stronger.

“In 1997, managers at Samsung didn’t question a $13 billion investment that would take the company into the automobile industry because the idea’s champion, Samsung Chairman and CEO Kun-Hee Lee, was a forceful personality and a car buff. When Samsung Motors folded only a year into production, Lee wondered why no one had expressed reservations.” [HBP Teams That Click, pg. 74]

[callout]Ann Patchett’s novel, State of Wonder, is a wondrous book. It’s not a thriller and no one gets murdered, but her wordsmithing is stunning. Her phrases will make you think, smile, and keep reading. It’s the best novel I’ve read in 2016. You’ll be transported to a foreign environment (Amazon jungle) and read about things like struggling with an 18-ft. Anaconda in a small boat and a C-section performed in the jungle of Brazil. You will never forget her main characters.[/callout]

5 Replies to “Leaders: seek the input of other people”