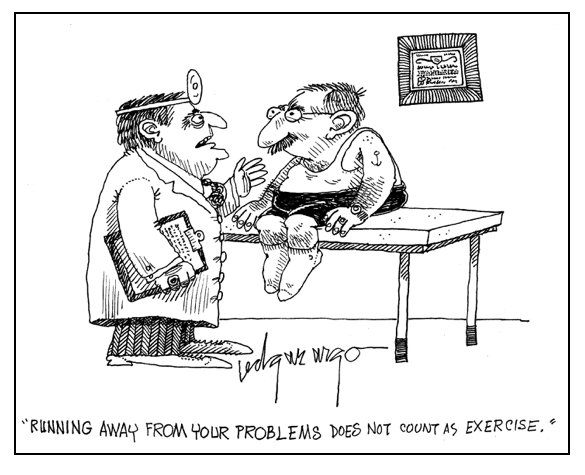 All leaders can become good problem-solvers. To do so, they must do four things: Anticipate problems before they occur; maintain a positive attitude while they occur; use all their resources to solve them as quickly as possible so they cease to occur; learn from them so the same problems do not occur again. —John Maxwell, Developing the Leaders Around You

The biblical story of David and Goliath pits a giant against a young man in an epic confrontation between good and evil. My favorite part of the story is when the duel begins: “Then it happened when the Philistine rose and came and drew near to meet David, that David ran quickly toward the battle line to meet the Philistine.”

It wasn’t a display of youthful hubris or stupidity; it was considered aggression and confident courage. David’s pugnacity must have thrown Goliath off balance. The giant was used to frightened, tepid foes, but here was a young man running towards him.

In your personal and professional affairs, run at your problems.

The alternate approach is procrastination or avoidance. Most problems do not resolve themselves; they must be aggressively and tenaciously pursued.

Identify at least two problems in your business or personal life that need to be addressed. Schedule a time to deal with each one.

12 Replies to “Run at problems”