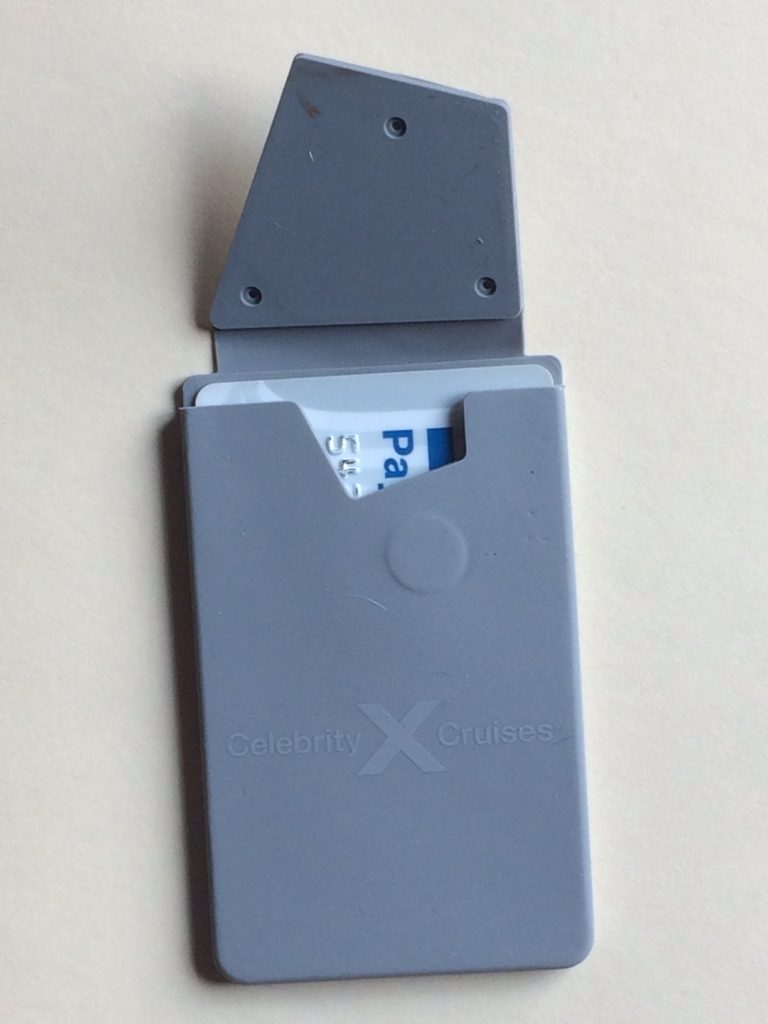 Recently, I was on a European cruise on which every passenger was given a nice faux-leather case in which to keep your stateroom keycard. (See picture above.) Though a nice, generous gesture, it quickly became a fiasco.

The flap that prevented the keycard from falling out contained a magnet; the magnet demagnetized the keycard, making it inoperable. When I approached the front desk, the attendant quickly took out a pair of scissors, cut off the flap, and declared, “now it will work”; and created me a new keycard. I’m not making this up: a few days later they gave everyone a second, identical case.

Often, I try to recreate in my mind how something like this could have happened.

So … members of the cruise line’s marketing team are sitting around a table brainstorming on how to create value-added giveaways. Someone thinks of giving each passenger a faux-leather keycard case. Everyone likes the idea, someone is assigned the task of getting the object manufactured, and they break for lunch.

The cruise line orders 100,000 units (better price in large quantities), which are shipped to the ships, put on passengers’ pillows, and …

Don’t ever launch a product or service without submitting the idea to a focus group. Focus groups don’t need to be complicated or expensive. Simply describe the product or give a prototype to potential end-users and listen to their feedback. (Preferably, members of the focus group should be end-users. A common mistake in business is to create a focus group of buyers, not users. Often, buyers are wholesalers, not end-users.)

But sometimes focus groups malfunction. That’s why there’s no substitute for testing —submit your product to actual experience.

For instance, a focus group might have approved of the concept of the keycard holder, and if a prototype was available, they might have enjoyed handling the faux-leather and thought the magnetic closure clever. But the design flaws would not be revealed until the prototype was put on the pillows of actual passengers.

Use focus groups and test.

4 Replies to “Use focus groups and test”