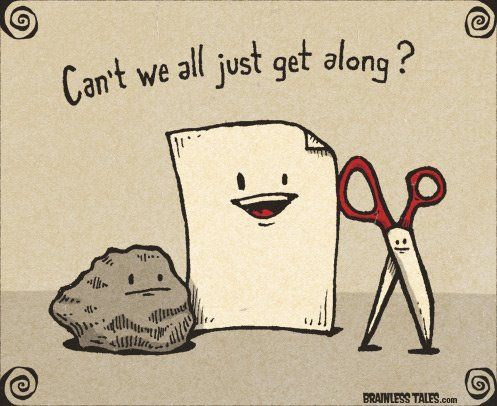 At work and at home, conflicts are inevitable. We are imperfect people living in an imperfect world. So don’t be surprised when relationships are strained, but do proactively try to resolve the conflicts.

Here are some things to consider.

Misunderstandings are a natural byproduct of progress.

Whenever a group of people (oxen) are engaged in activity (producing a harvest), mishaps will happen. Whenever people work together, things get messy. And the more people involved and the busier they are, the messier it gets.

Take the initiative to restore the peace.

In strained relationships, someone must take the first step toward restitution. You be that person. You may be reluctant to do so because “I didn’t start the conflict” or “I’m not the main offender.” Regardless, you can be the peacemaker.

Misunderstandings seldom resolve themselves and they usually get worse when ignored. Address difficult issues sooner than later.

Distinguish between issues that need to be dropped and those that should be addressed.

If taken to an extreme, obsessing about peace in relationships can have an unsettling effect. If I feel compelled to address every minor irritation that comes my way, I’ll unnecessarily stir up the relational waters. Some issues just need to be dropped.
Consider this suggestion when you’re upset, but if someone else is upset, don’t dismiss their feelings as unimportant or trivial: “Yeah, I know Bob’s upset about being surprised at the meeting, but it’s not a big deal; he just needs to drop it.”

You may need to help arbitrate other people’s quarrels and misunderstandings.

At times, you’ll need to intervene in relational tiffs in which you are not personally involved. If you’re a leader, you’ll do this often.
This might involve encouraging someone to take action: “John, I think that you and Bob need to get together and talk out your differences.” Or, you may need to get directly involved: “John, let me set up a meeting with you, Bob, and me so that this issue can be addressed.”

Sometimes our pursuit of peace will fail.

For relational conflicts to be resolved, everyone involved must do their part to establish peace. Sometimes our sincere effort to resolve an issue won’t work because the other party cannot or will not agree to a peaceful resolution.

Click here for suggestions on how to structure a peace-seeking conversation.