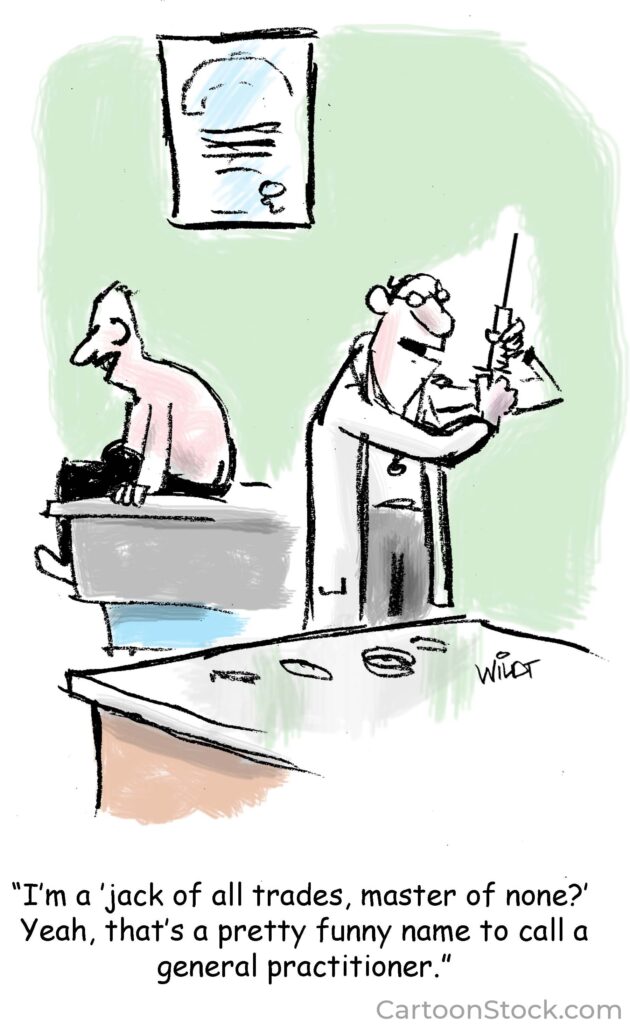 There’s plenty of time to master more than one area.

Years ago, Malcolm Gladwell, in his book Outliers: The Story of Success suggested that it takes 10,000 hours of deliberate practice to become an expert in any field. About three hours a day for 3,333 days—a little over nine years. Scientists have debunked the 10,000-hour rule (suggesting that in many instances it doesn’t take that long to master a field) but for now, let’s assume that the rule is correct: it takes nine years to master a skill.

Life expectancy in the U.S. is currently around 79 years. So, starting at age 20, according to the 10k-hour rule, someone could master 6.5 areas (59 years divided by 9 years) in a lifetime. That’s overly ambitious, but you get my point—in an average lifetime we have plenty of time to master more than one area.

Mastering more than one area is beneficial.

A good (though imprecise) explanation of synergy is: when two or more elements work together and complement each other such that their combined force is more powerful than the sum of their individual forces. The whole is equal to more than the sum of its parts, such that 2+2 = 5.

When you master multiple disciplines, synergy can occur.

My son-in-law is a board certified emergency room physician. He’s really good at what he does. He’s currently finishing an MBA so he’s “mastering” business and leadership. Recently he was chosen to be chief medical director of a startup company out of Oxford. He was hired because he’s a master of two fields.

Imagine how beneficial it would be to:

Mastering multiple areas will give you greater job security.

The job market is very volatile and will continue to be. Positions are being replaced by AI; companies are downsizing. If you’re only competent in one area you’re more vulnerable than if you have multiple skills.

Likewise, it’s wise to have two sources of income. Work a full-time job but also have a part-time job. For instance, my friend John is a master organist and he also builds, repairs, and tunes organs. My friend Linda teaches public school and is a wedding photographer.

Master several areas. I can’t think of any downside to doing so.

12 Replies to “Be an expert in at least two areas”