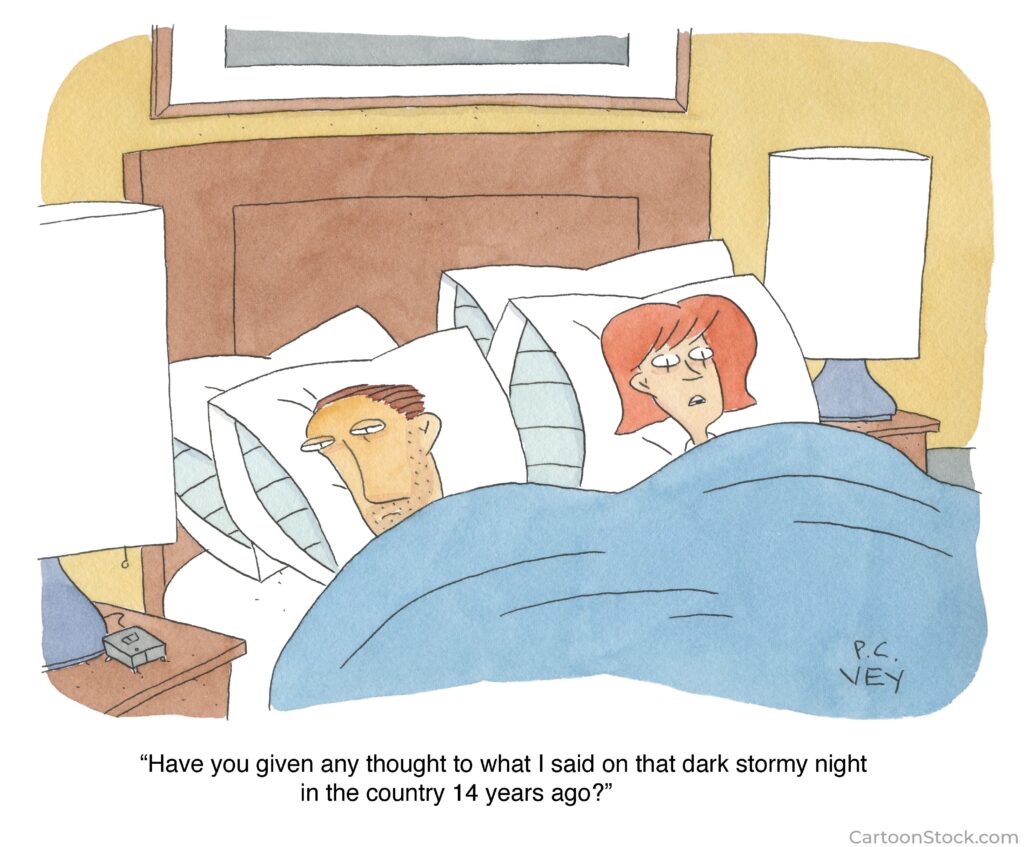 Let’s start with an object lesson.

Hold an object in your hand—like a pencil, book, or napkin—extend your arm full-length, and drop the object on the floor. It’s a very visceral experience.

Now metaphorically place in your hand something that you’re frustrated about but don’t have any control over, or something you’re needlessly upset about. Extend your arm full-length. Before you move a muscle, make a decision that when you release your grip…when you drop it…you’ll also release the troubling issue from your mind. You’ll no longer talk about it, worry about it, or replay the mental tapes associated with it.

Now uncurl your fingers and drop it.

I know this sounds like a bunch of new-age, self-help, nonsense. But I have found it to be a helpful exercise to mentally and emotionally release something that has an inordinate and unhealthy hold on my mind.

Sometimes Mary and I use this exercise during a conversation to help each other deal with an issue one of us is stuck on. When she senses that I’m getting worked up over something that’s either unimportant or an issue that I have no control over, she’ll close her fist, extend her arm, and drop it. I immediately know what’s she’s suggesting.

Sometimes I get unnecessarily torqued over insignificant issues.

Recently, I was bothered when my physician prescribed an antibiotic that no pharmacy in town had in stock. When I called his office he changed the prescription to a common, readily available medicine, but why didn’t he do that the first time?

I lingered over that incident longer than necessary. When I told Mary what had happened, she gave me the sign, and I dropped it.

Sometimes I get worked up about something that is out of my control or my ability to influence.

Political shenanigans come to mind. Most of us bemoan the state of affairs in our country (regardless of which side of the aisle you support) and while we do have the right to vote, much of what goes on in the short term is beyond our control. I often remind myself to drop the frustration I have relative to our politicians.

The beginning of Reinhold Niebuhr’s Serenity Prayer is good advice:

Now, reread and follow the advice of the paragraph above that begins with “Now metaphorically place into your hand…”  and see if it helps you release a troubling issue you’re wrestling with.