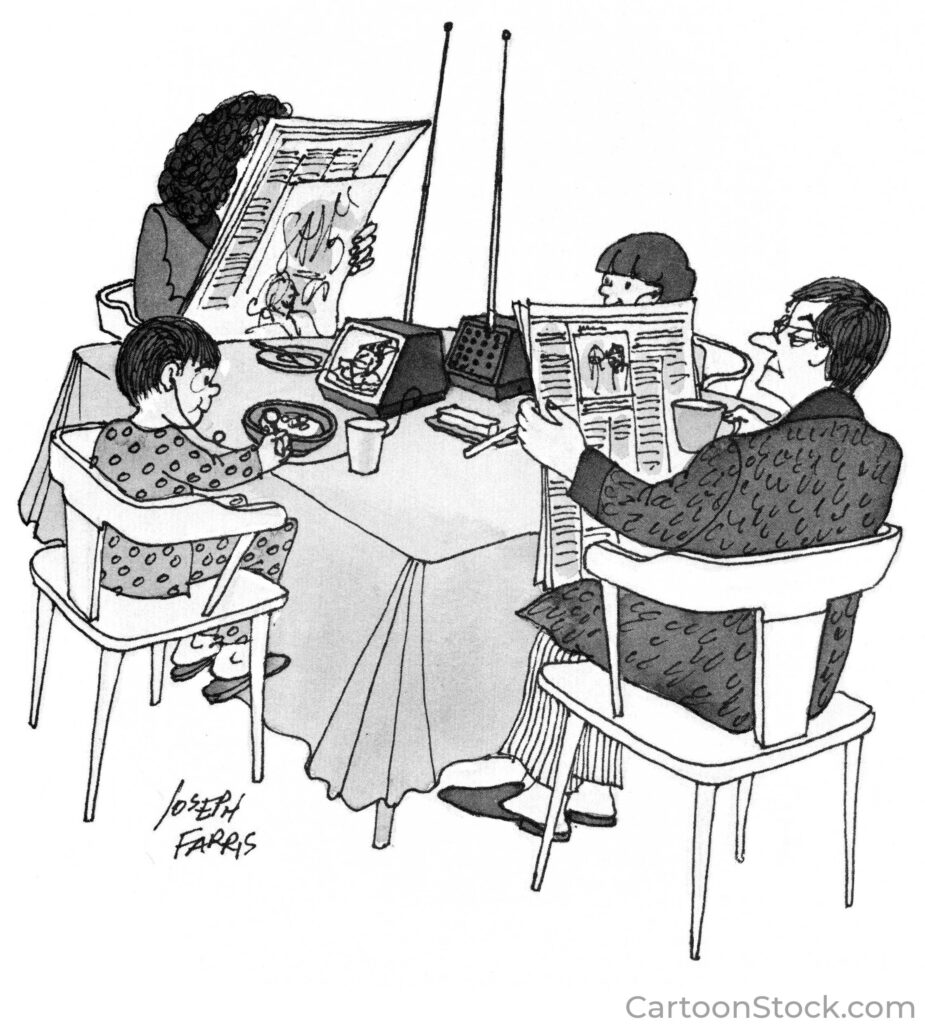 There’s a Spanish word – sobremesa – that summarizes the message I want to convey in this post. It describes the time spent around the table after lunch or dinner, talking to the people you shared the meal with; time to digest and savor both food and friendship.

If I share my food with you it’s either because I love you a lot, or because it fell on the floor and I don’t want it. (That’s a joke.) Seriously, I can’t think of another setting that’s better for solidifying friendships than gathering to eat. It slows down our pace, narrows our space, focuses our attention, and creates a relaxing ambience—all of which are beneficial for deepening friendships.

Since humans first walked the earth, we’ve known that sharing a meal can be good for business. For instance, a recent study revealed that it doesn’t take much to get a doctor to prescribe a brandname medication—just a free meal. The study found that U.S. doctors who received a single free meal from a drug company were more likely to prescribe the drug than doctors who received no such meals. Meals paid for by drug companies cost less than $20 on average. [Even Cheap Meals Influence Doctors’ Drug Prescriptions, Study Suggests, Peter Loftus, WSJ, June 20, 2016].

I’ve never understood why some organizations are stingy with the amount of funds allocated for business meals. I once worked with a group of six senior executives at a $75 million dollar a year business. They were frustrated that the CEO, in order to save money, eliminated their budget for business meals, which saved the company a whopping $24k a year. I suspect that poor decision cost the company a lot of revenue.

Treat someone to a $15 lunch and they’ll be your friend forever. Well, that’s an exaggeration; but it’s true that even a small amount of money and time will generate a lot of relational capital.

I enjoy watching the sitcom, Bluebloods (on CBS). It follows the lives of three generations of New York City police officers. In most episodes, there’s a scene showing their weekly, Sunday afternoon family meal in which they gather around the dinner table to talk, argue, laugh, and pass the potatoes.

Every family would benefit from this tradition. My family has started eating a meal together every Friday night at the Lakehouse, followed by games. Last week the game was, Get in groups of three people, grab one of the dogs, and teach it to dance. In a moment, choose a song you want to dance to and let it rip. We laughed so hard our sides ached.

12 Replies to “Wonderful things happen around a meal”